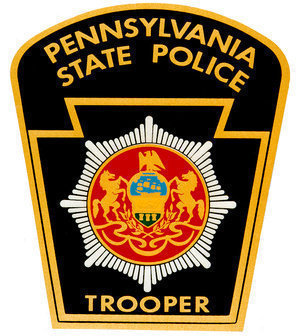 We spent a good part of the weekend at the regional high school championship swim meet, in Wilkes-Barre, standing mashed into the corner of a balcony, attempting to occasionally catch a glimpse of the water.  It was complete pandemonium, and we never got to actually sit down; it was standing room only, and my ass never met bleacher.  Not even for a second.

But our son did well, and it was exciting.  He received an individual medal, and another one as part of a relay team.  During the individual event a security guard noticed Toney and me struggling to see, and hollered at a bunch of people to move.  He was trying to manage the area, so parents could watch their kids race.  I appreciated his efforts; against all odds we got to watch the entire event, unobstructed.

My high school didn’t have a swim team (or even a pool), but I know I would’ve been dismissive of the whole thing.  I was a bit of an asshole…  But swimming at that level demands an incredible commitment, and I have great admiration for all of them.  They work themselves down to a smoldering nub.

People say today’s teenagers are lazy, but not the swimmers.  Our son LIVES at the pool; he attends practice for hours every day (including Saturdays), and often goes before school and after.  For the past two weeks he’s been swimming laps while wearing – for all intents and purposes – a full-blown sweatsuit. It’s to create drag, and make them work harder in the water.  I would’ve said funk dat, and went home and listened to records.

I know it’s kind of sappy, but as I was standing in that balcony Friday and Saturday night, in the middle of raucous insanity, I got a little choked up a few times.  I watched our son and his teammates, both boys and girls, supporting one another and seeming genuinely happy about their friends’ achievements.  They spend so much time together they’re almost like a war platoon, and have formed the kind of bond many of us will never know.  It’s pretty damn cool.

While we were at the meet on Saturday, an older man walked up to me and said, “Where have I seen you before?”

“Don’t know,” I said, since this person was a complete stranger.

“Where do you live?” he asked, and I told him.  But that didn’t do the trick, and he said, “Are you a state trooper?”

I almost busted out laughing.

“Well, I never forget a face, and I’ve seen yours before,” he insisted, before walking away, a little irritated.

Weird, man…  But me, a state trooper?  Hilarious.  It would never be allowed to happen, because nothing good could come from such a scenario.  Ya know?

Years ago, in Atlanta, Toney and I were in a restaurant called (get this) Lettuce Souprise You. It was a gigantic salad bar, with six or eight kinds of soup, and a bakery.  We loved it, despite its ridiculous name.

The place was packed, as usual.  And I was walking through there with a tray, when some guy pointed at me from across the room, and hollered, “I know you!  You’re a Chattahoochee Dancer!!”

WTF?  I thought I heard a needle being ripped off an album, the place went silent, and every head turned my way.  A Chattahoochee Dancer?!  What the??

The guy saw my reaction, and said, “Oh, maybe not. Sorry.”  And when I arrived at the table Toney was already beet-red with laughter, and couldn’t stop.  She just kept laughing and laughing.  Even today, when one of us brings it up, she thinks it’s one of the most hilarious things ever.  I guess I’m just not the dancer-type?

For a Question of the Day, I’d like to know if you’ve ever been the victim of mistaken identity.  If so, please tell us about it.  Also, has anyone given you the “Where do I know you from?” interrogation?  We’re going to need to know all about it.  Use the comments link below.

Plus, on a semi-related note, have you ever been told you resemble someone famous?

And I’m only working Sunday and Monday this week, so it’s already half-over for me.  How’s that for kick-ass?  And tomorrow I should receive my new phone in the mail.  I went with the Droid Bionic, after many months of hemming and hawing.  I read more articles about Verizon Smartphones, than any human should endure.  The Bionic seems to be the right choice for me, and when they dropped the price on it a few days ago… my decision was made.

You guys have yourselves a great day.