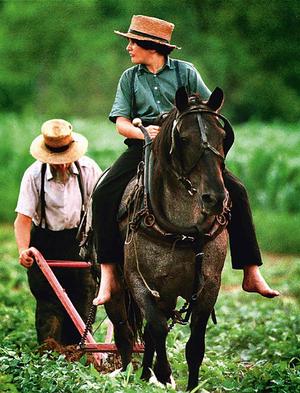 There’s a guy I occasionally encounter, who wears mailman pants.  He’s not a mailman, but he wears the pants of one.  And what’s that all about?  Any ideas?  Perhaps he used to hold that position, and still wears the uniform?  The bottom half, anyway…  And if so, isn’t there some kind of law forbidding such a thing?  Impersonating a mail carrier from the waist down?  I mean, you can’t just walk around in mailman pants, all willy-nilly.

I’m thinking about confronting him on the issue.  It’s a matter of principle.

I was sick as a poisoned dog Saturday, and by Sunday afternoon had completely rebounded.  It was possibly the mythical “24-hour virus.”  I’ve been hearing people talk about that phenomenon all my life, and long believed it was bullshit.  Like jet lag, Carpal Tunnel syndrome, and writer’s block.  But maybe I was wrong about it?

Maybe, but I doubt it.  I think “24-hour virus” is just a catch-all phrase for any flare-up of an ailment that happens to last for roughly 24 hours.  It’s not an actual identifiable sickness, it’s just anything that hangs around for a day or so.  And one man’s 24-hour virus might last for three days with someone else, and thus be labeled “flu.”

And that’s another thing that irritates me.  If you’ve ever had actual flu, like I have, you know that a simple upset stomach or a bad cold ain’t it.  People dump all sorts of illnesses under that heading, and it’s an assault on the reputation of influenza.

When I had flu (during the Atlanta years), I thought I was going to die – literally.  I’d never been so sick, not even close.  And when I hear people say they were home from work for a day or two “with the flu,” I just roll my eyes.  Buddy, if you’d really had the flu, you would look like Sid Vicious right now. ‘Cause that shit’ll flat-out mess you up, for days on end.

And if you want to argue with me about Carpal Tunnel syndrome, and tell me how you have a dried chicken claw sticking out of your shirtsleeve because you click a mouse fifty times per day, go ahead.  But I won’t believe it, until it happens to me.  Because that’s the way I roll.  There are certain things that flip my skepticism trigger, and that’s one of them.

Are there any ailments or afflictions that you question?  Please tell us about it, won’t you?

I was with a group of people a few days ago, and somebody mentioned the Amish.  It was just an innocuous comment about getting stuck behind one of their buggies near Lancaster, and not being able to drive past, or something similar.  And some dude completely flew off the handle.

“Ohhhhh gawd, I can’t stand the Amish!!” he began, and proceeded to launch into a five minute crackpot diatribe that caused the rest of us to trade glances that said, “Holy shit, this guy is completely out of his mind.”

He went on and on about how the Amish don’t pay taxes, but use ambulances and hospitals.  And they all smell horrible.  And they’re money-grubbing, price-gouging quilt-makers.  And their kids are supposed to be pure and holy, but they really get drunk on the weekends, hide iPods in the woods (loaded, simply loaded with Aerosmith), and have sex like NBA players.

Once he finally stopped, nobody knew what to say, and there was an awkward silence.

And I’d like to turn that into the Question of the Day.  Have you ever encountered someone who harbored a powerful bias against an unusual group of people?  I’m not talking about the standard racism, sexism, and homophobia stuff.  I mean something out of the ordinary, that caused you to think WTF?

My parents believe the state of Pennsylvania is filled to capacity with obnoxious assholes, because they’ve met a few people like that while camping through the years.  I used to argue with them about it, but it’s no use.  Their mind is made up.

And there’s a part of Charleston, WV, called South Hills.  It’s where all the rich folks live, and people will automatically change their opinion of someone, if they find out they live in that section of town.  “Oh well.  I had no idea we were in the presence of royalty…”  That kind of thing.

So, if you have anything on that subject, please tell us about it.  And I’m going to work now.