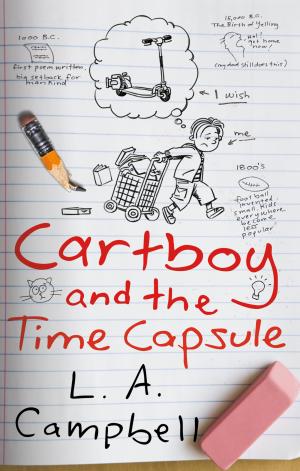 I think I have something buried in my left foot.  I don’t know how such a thing is possible, because it’s winter (still winter) and I haven’t exactly been walking around the neighborhood all Phish-style and barefoot.  But there’s something in there.  I’m thinking it might be a shard of pasta.

I’ll keep you updated on this pressing matter.  But if I don’t get it out of there, do you think it will start to cook and increase in size as my foot gets hot?  Should I be concerned?  I don’t want a noodle to get into my bloodstream, go flying up one of those superhighway arteries, and cause my heart to explode.  Is this irrational?

You know what I’ve started noticing, more and more?  People saying “libary” instead of “library.”  It’s nothing new, I know.  It just seems to be increasing in frequency all of a sudden.  Why would that be?  Why a sudden uptick in libary?  I need answers!!

In more positive news, I haven’t heard anyone say “pitcher” instead of “picture” in quite a while.  So, that’s good.  Are you noticing anything new on the mispronunciation front?  Please file your field reports in the comments section below.

Surf Reporter Karla snapped this photo, and sent it to me.  Pretty cool, huh?  It looks like Sunshine is about to start construction on her elevated mansion, any day now.

Just so you know, I’ve been casually jotting down ideas for a follow-up to that book.  I want to finish the story, which was the original plan.  It’s why I left the ending wide-open.  If the noodle doesn’t get me first, I’ll bring the saga to a satisfactory close… someday.  I have some funny ideas, I think.

And speaking of Surf Reporters, I’d like to alert you to some projects by friends of the site.  I urge you to check them out.  We need to support one another.  Here ya go:

Jason Mulgrew released his second humor memoir a few weeks ago, this one dealing with his teen years.  It’s called 236 Pounds of Class Vice President.  His first book is very funny, as well.  Back during olden times, Jason and I had a lot of overlapping readers.  Fans of his were also frequent visitors here.  He’s a good guy, and hilarious writer.

I met Lori Campbell through Duff.  They’re friends from childhood.  While I was writing Crossroads Road I went to NYC, and the three of us talked about the books we were working on.  Lori had a couple in the works, and one was eventually sold to a division of Macmillan.

Sometimes I get a little jealous about things like that.  But not when I like the person, and admire their work.  I’m never envious of the deserving.  And that’s the situation with Lori.  I think I actually pumped my fist in the air, when I heard the good news.

Her book is a novel for middle schoolers, but is fun for everyone.  It’s called Cartboy and the Time Capsule.  I read an earlier version of it, and will write more once I check out the final product.  Please give it a try, if you have kids in middle school.  They’ll love it.  Very funny!

My old Peaches Records buddy Eugene is part of a weekly podcast, called The Less Desirables.  He, along with two co-hosts, discuss pop culture, sports, technology, and (needless to say) beer.  It’s entertaining, and keeps getting better.

Since I have so much iPod time at my job, I check out plenty of podcasts.  And most of them go straight to the NEVER AGAIN bin.  Way too much pretentiousness, not to mention obnoxiousness…  That’s not the case with The Less Desirables.  Check it out.  It’s a good show.

And finally, our friend Jason Headley has been producing a series of short films, called At the Bar.  Five installments have been released to date, and they’re really well-done and funny.  Check ’em out.  Jason is a talented dude, hails from West Virginia, and always provides me with honest and helpful guidance when I need some book writin’ advice.  I’ll have something else from him to share soon.  In the meantime, watch At the Bar.  Great stuff.

And that’s gonna do it for today, boys and girls.  Roger Ebert is dead, and I’m pretty tired myself.