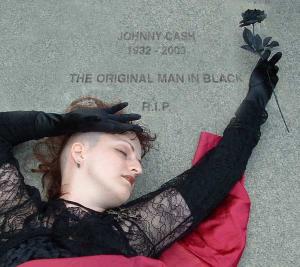 During this conversation I said, “He can’t hold it forever, you know. Andy’s not a piss camel.” It was one of those moments when they wanted to laugh, but didn’t know if it was appropriate.

I was pretty happy with “piss camel,” though. And whenever something like that pops into my head, I check Google to see if anyone else has thought of it. Unfortunately, it’s already listed in the Urban Dictionary. So, there you go. It’s an original, but nobody will ever believe me. They’ll say I heard it elsewhere, buried it deep in my brain, and somehow conjured it back up.

I love the internet, but sometimes it’s a bummer. It can rob a man of his piss camel glory.

I don’t know how many of you are old enough to remember the early days of HBO. When I was a kid it came on in the late afternoon, and broadcast until 1 or 2 a.m. It wasn’t a 24 hour station then. They also played music videos between movies, before MTV existed.

The whole thing was amazing to us, because they didn’t bleep out any of the bad words, and there was sometimes nudity. So, we were OBSESSED.

During those days, they played the same movies again and again. And we’re not talking Academy Award winners, either. It was stuff like Car Wash, Duchess and the Dirtwater Fox, Mother, Juggs, and Speed, and The Gumball Rally.

I discovered some great, obscure films during those days — stuff I wouldn’t have known about, otherwise. For instance, The Hollywood Knights, one of my all-time favorites. And Stranger in the House (aka Black Christmas). That thing scared me more than just about any movie I’ve ever seen. It’s a great flick, but not super-scary at this point. When I was 13, though… that shit did a number on me.

Another great obscurity I discovered on HBO was a dark and hilarious film called Homebodies. It was about a group of senior citizens who turned to murder, to try to save their apartment building from the wrecking ball. It’s never been released on DVD, and doesn’t show up on cable anywhere. Here’s a memorable scene:

If you were around during the first days of HBO, what do you remember about it? Did you discover any obscure gems there? Please tell about it.

Finally, I’m on the Marc Maron email list, and he sent a dispatch today in which he mentioned traveling to Jimi Hendrix’s gravesite, in Seattle. Have you ever done something like that? Visited a celebrity’s grave? I don’t think I have. At least not on purpose.

If you have, please bring us up to date on it. Also, whose grave would you LIKE to visit someday? Does this practice interest you, at all? I’m kinda lukewarm on the whole deal. I mean, check out the incredible pretentiousness of the Johnny Cash photo above. What’s your feelings on it?

Oh, I could come up with a few names: Lester Bangs, Doug Kenney, Michael O’Donoghue, Buster Keaton, the Three Stooges, Johnny Carson… If I took the time, I could undoubtedly crank out a list of hundreds. What about you? Please use the comments link below.

Thanks for stopping by!