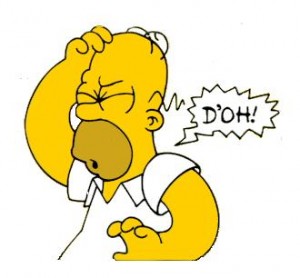 During the long history of this website, I’ve used a number of hosting companies. The first was chosen after I saw it ranked #1 on some questionable page loaded with flashing banner ads, and pop-ups. I didn’t know about such things in those days, and got fooled into casting my lot with a half-assed service.

I quickly realized my error, and switched to a well-known company. They’d been my original dial-up ISP, and I had a warm spot in my battered heart for them. Their hosting fees were fairly high, but I believed they’d be the gold standard. So, I made the big switchover.

And all was well, for a couple of years. Then came the Neti Pot video…

Somebody sent it to me, attached to an email. It was the pre-YouTube era, and that’s how things were done back then. It was an instructional video, on the use of a Neti Pot. I’d never heard of such a thing, and thought it was hilarious. So, I uploaded it to the servers, and linked to it at my website.

I didn’t have very many readers, and didn’t give it a second thought. I knew twenty or thirty people would watch it, and possibly get a laugh out of it. And that’s exactly what happened: there were a few chuckles, and we moved on to other things. Here it is: 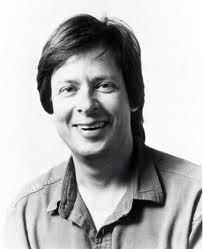 Yeah, all hell broke loose. Dave Barry shared the link at his blog, and there was an avalanche of traffic. Thousands of people downloaded the video, and I went WAAAY over my bandwidth limit. I received a bill for $800, and nearly shit the credenza.

I had multiple conversations with the hosting company, and a person there promised to waive the fee – since it was my first offense. I was finally able to exhale, and went back to writing my daily updates.

A few days later, however, I received an email saying they’d reviewed the situation further, and the fee had been reinstated. What the?! I’d never gone over before. Plus… the site was supposed to go down when I reached my bandwidth limit, and hadn’t. There was a failure on their end. But they were reinstating the fee anyway. And promising to shut down my site, unless I paid.

It was awful. I felt like I had a gun to my head. I tried to talk with them, but they were no longer interested in conversations. I’d considered them a partner, and now they were an enemy.

So, I turned to the readers, and they bailed me out. I set up a Neti Pot Fund, and collected around $500, I think. I coughed up the balance, and paid the bill. Then I got the hell out of there. When I was finally free of them, I felt like I’d been released from a POW camp.

Jason Headley, who is now world famous because of this short film, suggested I move my site to a small start-up company in San Francisco. He’d been using them, and had nothing but good things to say. So, that’s where I went.

It was fantastic. There were three guys there, and they were the REAL partners I’d been looking for. Whenever I had a problem I could just call them, and they’d take care of it for me. I knew their names, and they knew mine. It was a great situation. Big corporations could suck it!

I was there for about six years, and the first five were good. They had bandwidth limits too, but were flexible with them. If I went over, they’d say forget about it, or move me to a new plan that only cost a few more dollars per month. I did have quite a few problems while I was there, but their customer service was kick-ass, so it didn’t bother me too much. 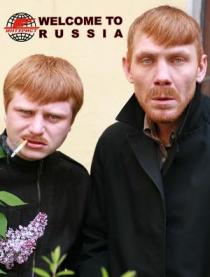 Then I started getting hacked, again and again. Russians were getting into my website files, and causing all sorts of problems. The Surf Report was blocked by Google a few times, and was labeled as an Attack Site! I was about to lose it, man.

And the guys at the little hippie-dippie hosting company wouldn’t help. I’d noticed their enthusiasm had started to wane a bit, and by the time the hackings began… I was on my own. They would not accept even a droplet of responsibility, even though I had experts telling me it was due to lax security at the server level.

It was extremely frustrating, and cost me a good bit of money. Every time it happened, I had to hire someone to sort it all out. Finally, I’d had enough. I decided to pay the guy to move me to a new host, instead of exorcise the Russians again. Jason ended up leaving them too, because of their new couldn’t-give-a-shit attitude.

I moved to HostGator, and have been there for more than a year. It’s the best hosting experience I’ve had to date. They’re no mom ‘n’ pop operation, but their customer service is topnotch. And here’s the cool part: I almost never have to use it. The past year has been nearly 100% hassle free, on the hosting front. And that’s exactly the way it’s supposed to be. If you’re thinking about your webhost, something ain’t right.

It costs less than the hippies charged, it’s far more stable, the Russians haven’t been able to get in (knock on vatrushka…), and there are no bandwidth limits. I love it, and unless something changes… I’m home.

So, if you’re looking for a great hosting company, I’ve got a recommendation for you: HostGator. Just because I endured a decade of pain and nonsense, doesn’t mean you have to. Learn from my mistakes, and spend your time creating, not ranting and running your hands through your hair.