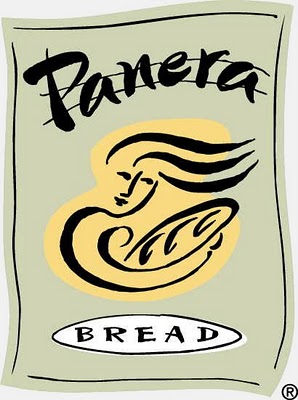 Today I had a late lunch at Panera Bread, and decided to “live blog” the experience. If it turns out OK, maybe I’ll do the same with other not-so-special events? We’ll see how it goes.

Please note that I arrived at Panera around 2:20 in the afternoon. They don’t like people hanging around in there with their laptops, between 11:00 and 2:00. I respect their wishes, and don’t do it. By 2:20 more than half the tables were empty, so I could set up my little command center without causing problems for anyone.

The rest of this update was written inside the restaurant itself. I had lunch, took advantage of the free WiFi, observed, and typed my thoughts. Hopefully there’s some entertainment value buried in here somewhere?

Before I arrived at Panera, I went into Wal-Mart to buy contact lens solution. It’s the only reason I ever go to that horrible place, and usually try to do it in the middle of the night, while on my way home from work. But I ran out of the stuff this morning, and decided to bite the bullet in broad daylight.

Yeah, and I saw an old man there – probably 65 years old – buying condoms. I’m hoping I’ll be able to keep my lunch down. I’m imagining the various scenarios where a muddy-booted old bastard like that would be purchasing a box of Trojans the size of a cigarette carton, and all of them trigger a full-body shiver. Wonder if there’s a dungeon involved? And teenage runaways?

I had to urinate like Man o’ War, and headed straight to the bathroom before ordering. And when I was halfway back to the cash register, I noticed my pen was gone. I’d put it in my right pocket, which… has a hole in it. Dammit! It was a good pen, so I went looking for it. It was on the bathroom floor. Some other guy had been in there peeing into the toilet – full blast straight into the water – but had apparently not noticed the thing, or ignored it.

Blecch. I didn’t really want to pick it up, but also didn’t want to forfeit it. So, I pulled off a section of paper towels, and scrubbed my pen down. I decided Panera probably doesn’t attract too many floor pissers. If it had been, say, Burger King, I would’ve had to bid farewell to my cherished writing instrument… But I put my faith in the more sophisticated clientele of Panera. Am I misguided?

The woman in front of me ordered an apple with her lunch, instead of chips. I don’t trust such actions. I believe that people who go apple over chips are doing it for everyone else’s benefit. I think they’re full of shit, and are committing side item fraud.

I ordered the Smoked Ham and Swiss sandwich on rye, with lettuce, tomatoes, onions, and cucumbers. The cashier asked if I wanted mayonnaise or mustard, and clearly didn’t approve when I said no. I wouldn’t have minded a little mustard, but there’s always way too much of it. Even when I say VERY LIGHT mustard, they put it on with a ladle. So, I go without.

Last time I was here they strong-armed me into signing up for a club card. The woman today asked if I had it with me, I said, “Oh, yeah!” and handed it to her. And I got a free cookie added on. Excellent. The thing is huge. I’ll be eating the shit out of it later.

Even with the price of the giant cookie taken away, my lunch still cost $8.25. It feels like a lot. But it’s a firewall that keeps the floor pissers away. Right? Money well-spent.

FYI — Whenever I overhear someone order a baguette, I change it to faguette inside my head. Then I chuckle, like a 6th grader. Yes, I’m 50 years old. What of it?

I feel like my crack is showing. I wish they had the kind of chairs here where the back goes all the way to the ass platform. Unfortunately, there’s an opening, which frames – exactly – the high crack region. Hopefully it’s just my imagination, but I think I just felt a breeze. I’m going to stand up, adjust my pants, and sit back down. Everybody will know what I’m doing, but it’s better than the alternative. …There, it’s done. No applause, but maybe someone will come over and thank me, discretely?

If I owned a restaurant, I’d insist on chairs with backs that go all the way down. For us men of size, it takes away a lot of the pressure. Ya know?

Some guy just came in wearing a shirt with an elastic band at the bottom. A good look. Elastic at the bottom, whether it’s shirts or pants, is always the way to go. Sweet sainted mother of Pat Harrington!

Holy crap, this sandwich is good. The bread is fantastic, and everything tastes so fresh. How come sandwiches at home never taste like this? Even when I have all the same ingredients, it’s not nearly as good. Why? Can anyone help me out with it? I need closure.

I think I might’ve eaten one of the little flags that go on top of the toothpick. You know, those blue or red cellophane situations? One is missing, and there’s a good chance it’s in my stomach right now. Oh well. It’s not the worst thing I’ve eaten, not by a longshot.

The man behind me is POUNDING on his computer keyboard. Dude, ease back on it; the thing is about to start flying apart. And if I’m hit by Toshiba shrapnel, there’s going to be trouble.

A woman sitting at two o’clock just blew her nose with one of these natural-colored napkins. The thing went dark, and I had to look away. Are you supposed to blow your nose in a restaurant? I’m unclear on it. It feels like the answer should be no, but I can’t remember anyone ever commenting on it. What do you think? It’s pretty gross, when you stop to think about what’s happening.

That sandwich was freaking fantastic. I want to come back here every day, for the rest of my life. Now the free cookie… Wow, it’s thick. It tastes good, but I’m not sure I’m going to be able to eat the whole thing. There’s a lot of volume here. Ha! Who am I fooling? It’s as good as gone.

And I hope you’ve enjoyed this live-blogging not-so-special event. Next time maybe I’ll do it from the dive bar? Heh. That would be