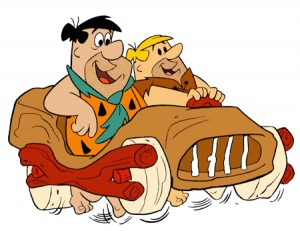 When I lived in Dunbar much of the residential parking was on the street, in front of the houses.  And it was a constant problem.  I can remember having to leave my car halfway down the block in the pouring rain, because there were no open spaces nearby.  It seemed like there was roughly one and a half cars for every one available space.

And some of the neighbors felt like the length of curb in front of their houses belonged exclusively to them.  It was a public street, open to everyone, but that’s not the way they interpreted the situation.  They’d bully and intimidate, and nobody would dare park there.  I had a few run-ins with those assholes, because of my failure to respect their “rules,” and eventually allowed them to win, so as to avoid another confrontation.  Who needs the hassle?

Yeah, it sucked much of the time, but I did learn how to parallel park at an early age.  That was probably the only benefit.  I did it multiple times, nearly every day.  I’ve met people who couldn’t put a Toyota Celica into a 25-yard parking space, but since I grew up in Dunbar… I’m a parallel parkin’ son of a bitch.

In California we lived on a cul-de-sac, and one of our neighbors (the one who DIDN’T work full-time for Adam Sandler) had five or six ugly cars from the 1970s.  They were all brown or green land barges, and there was a bunch of them.  He’d always be out there tinkering, and was apparently a hideous-vehicle enthusiast.

On weekends he’d start moving those junkers, and would eventually have them parked all the way around the circle.  This drove Toney almost to a state of apoplexy.  Nearly the whole street would be lined with these gigantic cars, manufactured during the Carter administration.

Toney and I would have minor arguments about it, because she always wanted to go over there and confront them about it.  But it only happened on the weekends, and besides… we had our own driveway.  It’s not like he was taking up our parking spaces.

It was a bit obnoxious, admittedly, but I didn’t want to become like the old guys in Dunbar who lived to protect “their” section of curb.  I didn’t see how we had jurisdiction in the matter, and also didn’t really care all that much.  Why trigger an argument with a neighbor that might last for years, over something like this?

But it was one of those things that drove Toney straight up the wall.  God knows I have plenty of them, and am in no position to judge.

Over this past weekend, for instance, I was raging about the way people park outside shopping centers, and at grocery stores.  Some of them take up two spaces, because their car is extra special.  You’ve seen this, right?  They pull in at an angle, so nobody can park near them.  It’s all I can do not to circle around, build up some speed, and drive straight into the passenger door.

Careless parkers irritate me as well.  Careless, or simply arrogant…  You know, the ones who leave their cars really close to one of the lines?  They’re not centered correctly, so you have to do that sideways crab walk?  I hate those people, and hope they burn in hell’s eternal flames.

And my opinion of people who BACK into parking spaces is well-documented.

Some people get all worked-up about the folks who use handicap spots, but I don’t give that one too much notice.  I can’t use the spaces, so what do I care what’s going on with them?  I have no doubt some of the handicap placards are being used fraudulently, but karma will take care of it in time.  Masquerading as a disabled person for parking lot perks is a good way to end up with a severed-spine for real.  God reads O. Henry, I believe.

This was a quickie, but hopefully it’s not too evident.  For a Question, please tell us about your parking adventures, your altercations and arguments.  Also, what kind of parking lot assholism ticks you off the most?  Are you aware of any parking lot justice doled out by angry motorists?  Possibly you?  And have you ever had a vehicle seriously damaged in a parking lot?

Yeah, anything on the general subject will do.  And I’ll try this again tomorrow.

I’ll see you then.