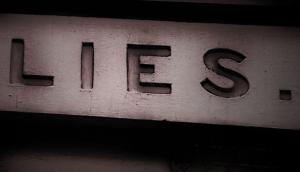 I’m having some work done to the site today, and there are test posts going out through the RSS feed, which means they’ll also appear at Facebook, Twitter, and in email notifications.  By the end of the day, though, everything should settle down.  Please remain calm.

I’m excited about the changes that are underway.  Well, not changes… enhancements.  Yeah, that’s the ticket: goddamn enhancements.  Stay tuned for details.

One of our younger boy’s teachers called me today, and wanted to know if he was at the dentist yesterday.  “Uh, no,” I said.  “Why?”

I’m not totally clear on what happened, but the hooligan apparently fed ’em a line of bullshit, as an excuse for not turning in his Social Studies assignment.  He’s not home yet, so I’m still confused about what actually happened.  I asked the teacher if he skipped classes, and she said no.  So, what the hell?  If he was in class, why are they asking if he was at the dentist?

I don’t know, but there’s definitely going to be a little father/son time at Surf Report Central tonight.  It’s going to start with, “I’m not mad now, but if you start lying to me… the situation will change.”

It never stops.  My biggest disappointment:  the low quality of the lie.  He’s capable of so much more.

Toney is in Philadelphia with her cousin (one of the few normal relatives in her family), at the flower show.  So, I’m on my own here.  I’m going to set the boy straight, then order pizza.  Fukkit.  Life is too short.

And speaking of that…  Ex-Replacements guitarist Slim Dunlap suffered a severe stroke several months ago, and the remaining members collaborated on an EP of covers, with proceeds going to Slim and his family.  Here’s a story about it.  They’ve already raised over a hundred grand, through an auction of signed vinyl copies, etc.  Now the EP is available to download.  New Replacements music!  Oh hell yes.  Buy it for yourself, and buy it for Slim.

I swear I’m going to stop talking about Saturday’s Eels show soon.  Maybe only a dozen or so more mentions, and I’ll have it out of my system.  I forgot to tell you about the poster I swiped.  Check it out: 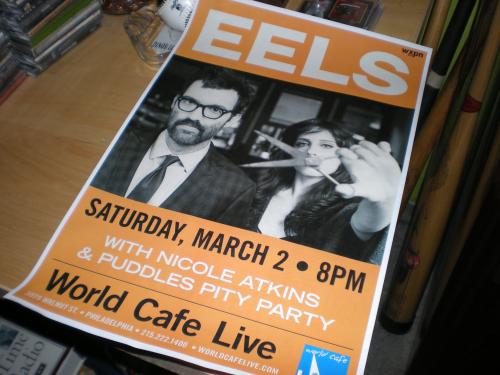 I ripped that bitch down, and walked out with it.  Steve took it to the print shop at the university where he works, and had five copies made on card stock.  They look fantastic!  He gave me three of them, so the boys now have a cool souvenir of that night.  Along with their concert shirts, of course.

For a Question, I’d like to know about your best lies, half-truths, etc.  Which ones are you the proudest of?  We’ll need to know.  Also, what are the worst lies you’ve ever heard?

What’s your most common lie?  Is it the modern classic “Sorry I missed your call.  My phone was on vibrate?”  Please bring us up to date on it.