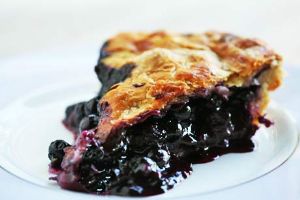 I was really hungry last night, while driving home from work, and knew the traditional bowl of corn flakes wasn’t going to get it done.

McDonald’s was another option, but it doesn’t sound very good to me.  I like their regular hamburgers (without pickles, of course), but they’re not prepared the right way at 2:30 in the morning.  They taste better during daylight hours, for some reason.

Then I remembered:  Waffle House.  For some crazy reason there’s a Waffle House a mile from our house, and I don’t think there’s another one anywhere within a hundred mile radius.  I could be wrong, but they are definitely rare up here.  And the locals don’t understand that it’s more than just a breakfast place.  It’s always crowded during breakfast hours, then fully dead for the rest of the day.

So, I went there and it was completely empty, except for two guys who looked like they were 17 years old.  One was the cook and the other was the so-called waiter.  I took a seat at the low-bar.  Usually I prefer the high-bar, but they were already sitting there and I didn’t want to be forced into awkward conversation.  The cook had been polishing off a sandwich, and the waiter was eating a plate of sliced tomatoes, with a fork.  What the?

I ordered the breakfast special, which is scrambled eggs, hash browns, toast, and two slices of bacon — for $2.99.  I also had a glass of sweet tea, which was actually fresh this time.  Often it tastes horrible during the middle o’ the night, but it hadn’t had a chance go shitty yet.

And the “waiter” talked to me the entire time.  So much for flying under the radar…  He was a nice guy, I guess, but he talked and talked and talked.  And, according to him the sky is falling and raining glasses that are half-empty.

I asked if they have a lot of drunken people coming in, after the bars close, and he looked at me in confusion.  Seriously?  The people around here desperately need a Waffle House tutorial.  They have this resource right in their back yard, and aren’t taking full advantage of it.  That place was MADE for drunken, late-night eating.  Unbelievable.

The food was good, and hit the spot, and the cynical teenage waiter wasn’t too annoying, either.  I don’t understand how someone could be so bitter and pessimistic at such a young age, but whatever.  It was mildly entertaining.

And as I backed from my parking space, I saw him take a few more tomato slices from the bin, and return to the high bar.  The cook was already there, and I knew they’d spend the next five minutes “critiquing” me.  I mean, what else was there to do?  The place was deader than Kelsey’s nuts.  You know, because the word “waffle” appears in the name.

Today is my birthday, for what it’s worth.  My parents, my brother, Toney, and Steve have called to pass along their best wishes this morning.  It was nice, but I’m going to have to cut this one a little short…  I need to hit the Devil’s Parkway already, and return for another heapin’ helping of paradise.

Please remember to use the Amazon links at the site, while doing your holiday shopping.  It really helps me a great deal, and costs you nothing extra.  Just click through any of them, and I’ll receive a portion of whatever you spend.  Here are two, for your convenience:  Amazon US and Amazon Canada.

For a Question, I’d like to know your feelings on the pie vs. cake debate.  This is a leftover from Thanksgiving…  Which do you prefer?  I love both, and wouldn’t want to choose.  Some people seem to have strong feelings on the matter, but I’m not one of ’em.  What about you?

Also, what are your favorite kinds of pie?  It’s family legend, somehow, that I LOVE lemon meringue.  And it’s true that I like it, but it’s taken on a life of its own, and my grandmother and now my parents and various aunts and uncles associate me with lemon pie.  What the hell, man?  I don’t understand how this got started.  Are you associated with a specific food like that?

In fact, my favorite pie is blueberry.  But I like it cold, right out of the fridge, with some whipped cream.  Warm with ice cream doesn’t flip my switch, it’s gotta be cold.  What’s your favorite?