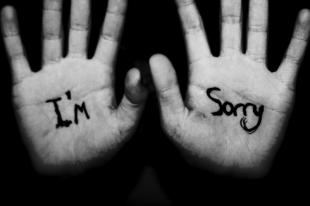 Sorry, folks. There are weeds growing through the cracks on this website, and there’s a green waterlogged couch on the virtual front lawn. I’ve been neglectful. And today’s not going to add up to much, either.

But… I had a deadline on the book, which was difficult. It didn’t look like I was going to make it, but I pulled an all-nighter (kinda sorta) and got there. The manuscript is in pretty good shape, I think. But there was a lot of additional material I had to provide, which took longer to create than anticipated. Go figure.

The publishing industry takes the entire month of August off (can you believe that??), and yesterday was their first day back. My material needed to be finished by the end of their break. There was a frenzied sprint at the end, but I crossed the finish line in time.

Also, yesterday was our 20th wedding anniversary. And please make a note that I DIDN’T go on Facebook and type out one of those sappy, cringe-triggering posts that begins “Twenty years ago today I married my best friend…” I think I deserve some credit for that. Can I get a hell yeah?

However, 20 years IS a long time, and things have gone amazingly well. How did it happen? I mean, I’m a screw-up from way back. It’s been a little rocky on the financial end of things since Warner Bros. shit me out, but other than that… no complaints. In fact, I consider myself to be pretty freaking lucky.

My only real regrets: moving from Atlanta in 1996, and NOT moving from Pennsylvania in 2007. Those were obvious tactical errors. Care to share yours? Use the comments link.

Plus, school started up again, and there was a flurry of activity leading to the first day back. The older boy is a senior this year, and the younger one is starting his first year of high school. Crazy. They were toddlers watching Toy Story seven times per day, just a couple of years ago. It’s a little unnerving to witness their rapid maturation, in direct proportion to the deepening of my frown lines.

There are some other things going on, as well. But I have to get out of here, and attend a meeting where I will say nothing, and pretend to be in a state of deep consideration. I’ve gotten pretty good at it, through the years.

So, those are my excuses and apologies. I swear things will get back on track soon, real soon. If you have any sins to confess, use the comments section as your own personal non-denominational confession boof.

And have a great day, boys and girls.