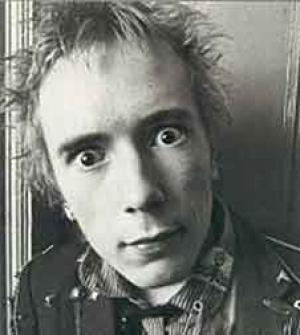 Some of you young whippersnappers might have trouble comprehending such a thing, but there was once a time when the internet didn’t exist. And it wasn’t all that long ago, either. Indeed, I was already 32 years old when I first went online. Everything up to that point had been TV or radio, magazines or (gasp!) books. Or people self-publishing… and trading VHS tapes of wacked-out shit.

It was the VHS footage that seemed the most magical. VCRs were still relatively new, and when someone would pop in one of those underground tapes of god-knows-what,  it felt truly special. Like you were witnessing something so rare and forbidden, you might actually get into some kind of trouble. It was all so impossibly cool.

I dated a woman who had an impressive collection of such tapes, and there are two clips that really stick out in my mind. Coincidentally, both feature John Lydon, AKA Johnny Rotten. He had been, of course, the snotty and sneering singer of The Sex Pistols, but was now leading another band called Public Image Ltd. He was, however, no less snotty and sneering.

Both those clips are now on YouTube, and I’ll share them with you here.  It’s probably impossible, at this late date, to be amazed by such footage. But these things blew my freaking mind when I was 24, or whatever. The audacity! That dude was either insane, or possessed the biggest set of balls in the world.

In the first clip Public Image perform on Dick Clark’s American Bandstand, and Lydon kinda-sorta plays along and lip-syncs for a while. But everything quickly breaks down, and anarchy takes hold. By the end he isn’t even bothering to hold the microphone to his mouth, or even move his mouth. Sometimes he’s chatting with folks, yet his vocals are still booming from the speakers. He also brings EVERY audience member onstage. I have no doubt the producers were shitting bricks the size of the Astrodome.

In the second clip Lydon and bandmate Keith Levene are interviewed by Tom Snyder, on The Tomorrow Show. It didn’t go well. There are more uncomfortable and awkward moments in the video, than even the best episode of The Office. I loved the uncooperative attitude of Lydon and Levene, but also sympathized with Snyder a bit. The whole thing is outrageous, and fantastic.

If you’re old enough to remember the days when kool kids would trade underground VHS tapes of craziness, which ones do you recall the most? It’s all online at this point, so link to ’em if you’re so inclined.

And I’ll see you guy again next time. Thanks for reading.