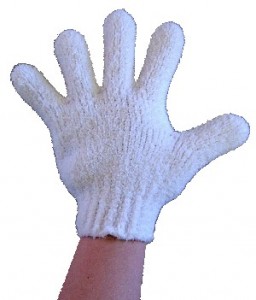 A few years ago I received an email from a guy in Raleigh, North Carolina, who claimed to be the host of a morning radio show at a local adult alternative station.  Somehow he’d stumbled across the Surf Report, and was writing to tell me how much he was enjoying it.

Near the end of the note he mentioned that some of my updates were tailor-made for “performance.”  He wanted to know if I’d be interested in possibly reading a few of them on his show.

Without thinking twice about it, I told him no.  I’m not a “performer,” I’m a pasty-skinned guy who sits in a tiny room and types.  I’m no good at public speaking, or even being the center of attention at a dinner party.  Just the thought of going on the air with him, with the expectation of being funny, made my sphincter wink.

But he wouldn’t let it drop, and finally convinced me.  He said we could record it, rather than going on live, and he’d fix any mistakes I might make, etc.

We probably did fifteen installments, before there was a format change at the station and we had to put the questionable exercise on hold.  But, he assured me, we’d have it back up and running in no time.  In fact, he said, we should think about syndicating it.  Gulp.

During that period Jack Boston (as he was known on the air) and I became friends.  We spoke on the phone many times, and our personalities and senses of humor meshed nicely.

Jack was no over-caffeinated morning show buffoon, going for the cheap laughs and non-stop sexual innuendo.  He was smart and genuinely funny, and had an ability to root out the absurdity in everyday life.  Our weekly over-the-phone recording sessions featured a lot of laughter – before we even got to the task at hand.

I remember one conversation in particular.  He was telling me about a picture that had appeared in the Raleigh News & Observer.  He said it showed some guy holding a big pot of soup, or something, and one of his hands was ghost white, for reasons unknown.

While we were talking I found the picture online, and we spent the next ten minutes riffing on that guy’s one freakishly white hand.  I wish I had a tape of the conversation, because it was hilarious.  Much funnier than any of my wooden “readings.”

One day Jack sent me an excited email, telling me he’d been chosen to host North Carolina’s Morning News, proclaiming it his dream job.  This was a prestigious position, at a powerhouse station, and he’d be only the fourth host of the show since 1952.

I congratulated him, and followed it up with another message a week later.  “How’s the new gig going?” I asked.  And his answer was terrible.

He’d been feeling exhausted, and went to see his doctor on the afternoon of his very first show.  Blood tests indicated he was suffering from “myoblastic leukemia,” and they’d immediately begun aggressive chemotherapy.

I still have that email, and in it he talks about what happened after a doctor uttered the C-word for the first time: Now I’m sure it wasn’t the first time she had been called that by a future patient, but I’m certain I delivered it with much more elan than the others.

That was roughly two years ago, and Jack went into remission at one point, and returned to the air.  I was relieved and hopeful, but when he suffered a relapse, I feared the worst.

I kept checking on him, but his responses became more and more infrequent.  Eventually I stopped hearing from him at all, and then I read the sad news of his passing earlier this week.

I’m glad to have known Jack Boston, even if it was only through email and phone conversations.  He was a great guy, and my most sincere condolences go out to his family and real-life friends.

I have a feeling, however, he wouldn’t be comfortable with our grieving.  During the entire affair he seemed absolutely positive, never negative.  Indeed, this is the way he closed one of the last emails I received from him:

In the words of I think it was Ol’ Lodge Feathers in the film Little Big Man, “My heart is soaring like a hawk.”