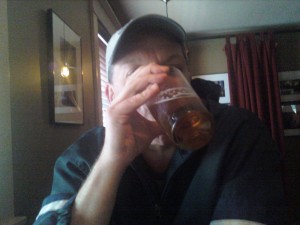 Hello Surf Reporters! Thank you for not skipping this one; it’s a very special episode, like when Blair became a heroin addict on Full House, or whatever.

For the past year, maybe longer, I’ve been toying with a radical idea, and have decided to pull the trigger on it. Frankly, it scares the crap out of me, but I hope that’s a sign it’s the proper course of action. All this living inside the comfort zone ain’t paying many dividends these days.

I’ll try to explain the rationale for my big decision.

Prior to 2007 this website was a straight-up hobby. Silliness abounded, and I loved it. Back in olden times — before commenting was even a thing — we had a crazy babyshit-yellow forum where anybody could post under any name. It was anarchy. There were people playing characters (Sam Gassaway, Mr. Chamberlain), and it was an absolute blast.

I took the site seriously, in that I updated every day I promised to update, but certainly didn’t think it would lead to anything beyond a bunch of like-minded folks screwing around.

Then there were a couple of successes (the Mike Piazza paycheck, Fucks in Deadwood), and I thought, “Hmmm…”

After I was summoned to a mysterious “breakfast meeting” at a hotel in Scranton in early 2007, and told my job of 17 years was being eliminated, I decided to try to take the site to the next level. I took a course called Blog Mastermind, which purported to teach folks how to become “pro bloggers,” and possibly even make a living at it someday.

It sounds ridiculous, I know, but I learned a lot. The course consisted of a series of .pdf booklets and videos, something like 25 lengthy informational mp3s, and a twice-monthly conference call where you could ask experts questions.

It was pretty great, really. Money well-spent, as far as I’m concerned. It was because of that course that I moved the site to WordPress, hired a designer to create a custom theme, and subscribed to a costly (to me) mailing list service: Aweber.

However, I learned some troubling things, as well. The Surf Report would have to defy steep odds to be truly successful. It was basically a personal blog, about a guy that nobody knows. Not a very good starting point… The life of Jeff Kay? People who give a shit about that particular subject make up perhaps the world’s smallest niche.

Also, the title sucks. The fact that West Virginia is included makes most people think it’s not for them. Of course, the site has little to do with my home state, but people don’t know that, and instantly move on. Also, there are a TON of inside-jokes (the Secrets, Nostrildamus, Poppa Half-Shirt) that’s undoubtedly baffling to the uninitiated.

Also, most of my posts were all over the place, and not about any one subject. Not good. It felt like I was doing everything wrong.

I was having success, and had been using the West Virginia Surf Report name since Ronald Reagan was president — it had also been the title of my paper zine. So, there was no way I was abandoning it, despite what the gurus told me. I’d just continue to defy the odds.

And exciting things started to happen

Literary agents began contacting me, I appeared on the National Lampoon Radio Show on XM (Sirius?), National Lampoon Press asked me to write a book proposal, I was interviewed by the Los Angeles Times and other papers, and was mentioned in Rolling Stone magazine.

So, I wasn’t exactly shoving wheelbarrows full of money to the bank, but all sorts of crazy opportunities were opening up to me.

And what did I do? That’s right, I wrote a novel. Right when things were heating up, I went underground and wrote a book of fiction. My agent at the time told me it was a mistake, but I did it anyway. He said it was very unlikely he’d be able to sell it, but I didn’t care. I had a great idea in my head, and needed to exorcise it.

This took me away from the site a lot, further dividing my attention. I was already juggling the Surf Report, the family, and a new job. Now I was adding something else to the mix. Hey, I never claimed to be the world’s greatest tactician…

Then shit got difficult

When I was laid-off from Warner Home Video, in late February of 2007, I was making $87,000 per year. It’s not an enormous amount of money, but it afforded us a comfortable life. The cost of living here is fairly low, and we were far from rich, but didn’t have to worry about how to pay the bills. And we could travel a bit… Life was good.

The company was extremely generous, and offered me a one-year severance package. So, for a full year I received my normal pay, health insurance, etc. In fact, I remained an active employee, I just didn’t have to show up for work anymore. I think they did it that way so they wouldn’t have to also pay unemployment benefits.

I decided I needed to make a minimum of $65,000 to maintain a semblance of our previous lifestyle, and began looking for jobs. I got really close twice, but couldn’t get over the finish line. Also, I was rejected out of hand a few times, because I don’t have a four-year degree. I had 17 years of experience, but that didn’t count for jack. The whole thing was excruciating.

As the months began to pile up, I lowered my minimum pay requirement, over and over again. As we were nearing the last few months of my severance, I was fully panicked and willing to accept just about anything.

And after all those horrible months, I was offered two jobs on the same day. It was an easy choice, and I was back in the saddle. But the pay was about what I was making in California — which wasn’t much. The previous seven years of solid progress had been completely wiped out. I was thankful to have a job again, but concerned about being able to keep the ship afloat.

I was writing Crossroads Road at the time, and my agent wasn’t returning my calls as quickly as he’d done in the past. And the site was suffering, as well.

It took a long time (longer than I’d anticipated), but money eventually became an issue. And it hasn’t really lightened up. Since 2009 or 2010 we’ve been spinning plates, trying not to let anything crash to the ground. I work a ton of overtime, which helps. But it’s still a struggle. We’ve tried to maintain our old life, on much less money. Crazy, I know.

The book was self-published, and did fairly well. It’s not perfect, the ending isn’t great, but I think it’s entertaining. And that’s all I was going for. But by this time I was being completely ignored by my so-called agent, and had to cut him loose. I’m sure he was devastated.

I hooked up with another agent right away, and she suggested I write a memoir-type humor book. We came up with a solid approach, and I jumped right back into another book project.

And the site was going down, down, down. The combination of money concerns, shitloads of hours at work, and the memoir caused me to become less and less engaged.

My new agent eventually told me I needed more traffic to the site, that the number of monthly visitors wasn’t nearly high enough. The goal she set for me was roughly what it had been in 2007/2008, before Crossroads Road. I’d already had it within my grasp, and let it slip away. Everything had been going my way, and I’d botched it. Wotta dumbass! 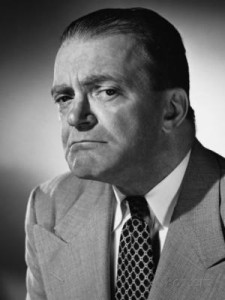 A couple of recent developments

The memoir was a struggle. There were long stretches where I was waiting to hear back from my agent, about the latest version of it. She’s busy, and I’m not blaming her; it just goes with the territory. But I’d wait and wait, and finally she’d tell me it needed more work.

All this made me a little crazy, but I did whatever she suggested. She’s very successful, and knows more about publishing than I ever will.

Finally, the manuscript was ready, and she presented it to ten well-known publishers. About six of them passed. A few had positive things to say about it, but there was a theme emerging… the book just wasn’t funny enough. It felt like someone had socked me in the gut. I’m not the world’s greatest writer, but not funny?? Man, that hurt.

She told the remaining publishers to hold off, and I was supposed to go back and punch up the manuscript. That was months ago, and I haven’t done anything with it.

And in February I applied for a job that sounded PERFECT for me. The pay was closer to my old Warner salary, and I felt like I had the skills to be successful in the role. I knew it was dangerous, but I allowed myself to get excited.

I applied, went through a screening, and heard nothing for a long time. Every day I yelled at my phone, “Ring, bitch!” Finally, it did. They set up a telephone interview (didn’t we already do that?!), and it was a little shaky. Not a disaster, but they hit me with a couple of questions that had me on the ropes for a couple of minutes. I thought I might’ve blown it, and heard nothing for a few weeks.

Then I received a fancy invitation-style email, telling me I’d made it to the final bracket, and was summoned to a face-to-face interview. They told me four managers would be there, and the interview would consist of nothing but situational “Tell us about a time…” questions.

I prepared like a sumbitch. I found an internet forum where people revealed the questions they’d been asked in similar interviews with the same company, and I came up with good scenarios for each. By the time the interview rolled around, I was fully coached-up. I was a little nervous, of course, but also confident I was ready.

It lasted about an hour, and I came out feeling like I’d aced the bastard. Now I was REALLY excited. I told Toney somebody else might’ve done better, but I, myself, couldn’t have turned in a better performance. I decided I had a legitimate shot at this thing, and confident I’d done my best. Which is quite rare.

Then nine weeks passed, with no word. Nine weeks! I have spies inside the company, and knew they hadn’t hired anyone; they were simply dragging their feet. I was losing my freaking mind.

And last week I received an email, telling me they were “moving forward with other candidates.”

You probably think I was devastated, right? Well, for some reason, I wasn’t. I was disappointed, but not devastated. Believe it or not, I just felt relieved to know their decision. By this late date, I’m used to bad news and rejection. There’s a lot of it, on the route I’ve chosen. So, whatever. It’s just time for the next thing.

The part I didn’t like? The waiting. It feels like I’ve spent the last two or three years waiting for the phone to ring, and for somebody else to tell me they’ve decided to change my life. The waiting takes its toll on me, not so much the bad news. And I don’t like that I’m giving other people so much power over me. Ya know? Please sir, can you find it in your heart to make my life better…

Click here to find out what I’ve decided to do