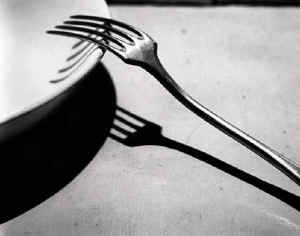 On Friday I went to breakfast at Waffle House, and the place was complete pandemonium.  There were people waiting for booths, and the only open seat was at the very end of the “high bar,” way down near the bathrooms.

I don’t much enjoy smelling urinal cakes (piss biscuits) while having my morning meal, but there weren’t many other options.  So, I climbed up onto the elevated chair and tried not to think about what was undoubtedly happening four feet from me.  …And hoping nobody’s sausage disagreed with them.

I ordered my regular:  the Big Retarded Field Hand Breakfast, or whatever, with sweet tea.  I know a lot of people disagree with me, but I think Waffle House’s coffee is horrible.  It tastes like potting soil filtered through a seventh grader’s gym sock.

While I waited, both bathroom doors continuously opened and closed.  And Niagara Falls sounds faded in and out.  I watched a woman unbutton and unzip her pants before she was even in the vicinity of the bathroom.  And I saw a guy enter the men’s room, while still chewing something.  Every once in a while I thought I heard an ass go off, but it might’ve just been the paranoia talking.

I also worried about microscopic, airborne poop spores, if you know what I mean.  I could imagine them swirling around, and raining down on my bacon.

Over the weekend Toney and I also returned to the Beer Snob Tavern inside Cooper’s in Scranton.  They have a regular bar there, with a patio and Corona posters, and all that stuff.  But way back in the rear of the place is a second bar, smaller and snootier.  And you can probably guess which one we prefer…

I went with the Boulder Mojo IPA (excellent), and the Victory Festbier (not bad, not great).  Toney had the Long Trail Harvest, and a Dogfish Head Pumpkin Ale.  She liked both, especially the Dogfish.

The cheesy crab dip with nacho chips was mighty fine, as well.  God, how I love the Beer Snob Tavern…

Last week my back hurt for the entire seven days.  Well, maybe six.  I’m not sure.  In any case, I must’ve done something at work, and woke up the next morning in an advanced state of discomfort.  I was walking crooked, and feeling bad for mocking “the lower case r” at the public library.

This happens from time to time, but it usually only lasts for a day or two.  I started to get concerned after day four.

The pain was in my lower back, at the northern tip of the Great Divide.  I could barely walk when I got out of bed, and was tilting radically to the left.  Like MSNBC.  I gobbled aspirin, and they helped a little, but only a little.

The past couple of days, though, I’ve felt much better.  And the distress and worry is so fresh in my mind, I’m really appreciating the progress.  Every time I get out of a chair without cartoon lightning bolts of pain shooting from my back, it feels like the biggest luxury I’ve known to date.  The post-pain days are very fine indeed.

I was at Target recently, and spotted this greeting card.  A serious, non-jokey Halloween card with Barack Obama on the front.  Complete with photoshopped pumpkin on his lapel.

Yes, this brought back pleasant memories of being in grade school, and receiving a Gerald Ford valentine from a girl I secretly admired.  I didn’t really understand the reference to the Strategic Arms Limitation Treaty (SALT) on the inside, but it brightened my day nonetheless.

And I’ll leave you now with a Question that occurred to me while seated near the pee-catchers at Waffle House on Friday.  A guy behind me kept screeeeeching his fork against his plate.  Know what I mean?  He continuously scraped the thing and it made a noise that made my whole body go tense.

It’s that proverbial fingernails on a chalkboard thing.  And I’ve learned, incredibly, that these triggers differ from person to person.  Toney, for instance, wouldn’t even notice the fork against the plate sound, but completely loses her shit whenever she hears Andy licking his foot, or whatever — which doesn’t bother me at all.

So, that’s the Question:  What are your own personal fingernails on the chalkboard sounds?  What noises makes your muscles go rigid, and your teeth start to grinding?  Tell us about it, won’t you?