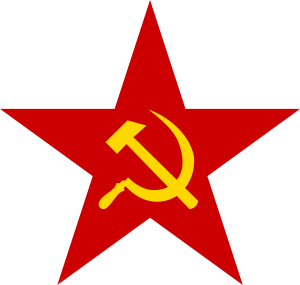 Yesterday this website was blocked by Google, because of “possible” malicious activities.  They said it was redirecting to a Russian (again with the Russians!) site that attempted to install malware on the user’s computer.  This happened once before, if you recall, and it was definitely doing what Google claimed.

But this time?  I’m not so sure.  I never encountered any problem with the site, and it was only blocked by Firefox, for some reason.  I could still access it through Internet Explorer, and was never redirected.  I suspect, and could certainly be wrong, that Google got a false positive when they monitored the Surf Report yesterday morning.

But, of course, the burden was now on me to prove that I’m not some slimy eastern European scum-merchant, luring innocent folks with promises of daily complaints about my most recent visit to Target, and hurling them into a dark, dark world of aggressive pop-ups and snapshots of the razor-burned crotch of a woman named Svetlana.

Last time the hackers got into my files via an unused WordPress theme, so I dumped all the themes not currently in use, and also got rid of the Further Evidence link to a website that featured bad Photoshop manipulations of Bill Murray.  If there was a problem, I suspect it might have been because of that latter item…

Then I went into Google’s Webmaster Tools, and requested a reevaluation.  And last night the ban was lifted.  But not before another full day of my life was wasted.  Well, not a full day… but most of one.  And it really bakes my beans.

I also received a threatening email from one of the ad networks I use on the site, saying I’d better clean up my act or they’re going to suspend me.  I didn’t do anything!  The site has been on the internet since 2000.  Shouldn’t I be afforded the benefit of the doubt at this point?  It’s unbelievable.

And, as if that weren’t enough, I haven’t been able to upload new photos for the past week.  But that’s completely unrelated, and is now also rectified.

Sheesh.  I wish I had a “tech guy,” at whom I could yell, “Just fix it, goddammit!”  But, alas, I have to deal with all this nonsense myself.  Oh, the troubles I have known…

Please let me know if you notice the site doing anything unusual.  I think everything’s cool now, but you never can tell.  Those pasty, red-lipped Russians are crafty sonsabitches.

Thanks to everyone who supplied me with “beer” over the past few days.  It’s much appreciated, and very helpful.  You guys are awesome.

And speaking of desperation… after a week of nothing but crickets, I’ve now sold three DVDs at half dotcom.  I’m fired up to get the remaining eight giant cartons of discs listed there.  It’s fun.  I might quit my job and become an American Picker, or whatever.  Just driving around digging through basements, and buying old NEHI signs for 10% of their value…  Just think of the updates I could get out of that! It would be awesome.

Finally, I have something unusual for you guys today.  Below is a link to an mp3 of metten reading the first chapter of Crossroads Road.  He has broadcasting training and experience, and offered to do a full-blown audiobook version of the novel for me.  He’s still working on it — there are six or seven chapters in the can at this point — but I wanted to share the first one here.

You can download it and put it on your mp3 player, or just listen to it on this page.  Please let us know your thoughts.  I think it’s pretty damn good.

I’ll be back tomorrow, unless the Bolsheviks ruin it for us again.

Now playing in the bunker
Crossroads Road, just $2.99 for Kindle!