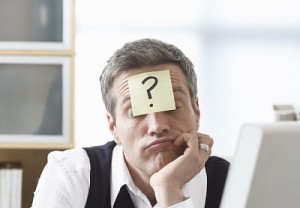 A few days ago I purchased extra storage space for one of my Gmail accounts.  Somehow I maxed-out the huge 7.5 gigabytes Google gives you for free, and needed to do something.  I was at 98% of capacity, and hard-charging on 110%.

I considered going back through the old messages and deleting the ones with large attachments, or dumping everything from 2007 and 2008, or something along those lines.  But I like having an archive — a searchable archive.  It’s surprisingly helpful.  I find myself referring back to old emails on a semi-regular basis.

So, I clicked on the link that read BUY EXTRA STORAGE SPACE! and saw that I could quadruple my capacity for just five bucks per year.  And that’s what I did.  Now I’m at 26% and can allow myself to exhale again.

But the episode made me recall a guy I used to work with, at one of my previous jobs.  He was an older dude, and got stuck in time somewhere around 1978.  All his cultural references were from that era or before, his clothes and hairstyle had a very pronounced 1978 influence, and he even drove a car that was ancient; the thing was the quintessential land barge.

He was all the time talking about Joni Mitchell, the original Saturday Night Live cast, and how much fun he used to have on Quaaludes.  And anything more current was instinctively dismissed as ridiculous boolshit.

Yeah, and this guy was also aggressively anti-technology.  He used email as nothing more than a fancy-pants document delivery system.  Whenever a new message appeared in his inbox, he’d open it, hit the print button, then DELETE.

He didn’t realize you could reply to the messages themselves.  Whenever he needed to answer a question or follow-up on something, he’d create a new email and spend the first few sentences explaining (in all caps) the reason for his note.  It drove me nuts, but there was no talking to this guy.

Plus, the printer was right behind my desk and was an ancient 300 lb behemoth, with one of those twirling ball o’ letters racing back and forth across the paper.  The paper was the kind with perforated holes on two edges, and the clacking of that goddamn ball never stopped.  Right behind my head… all day long.

He never threw anything away, either.  So we had great banks of filing cabinets lining the walls.  People used to come in our office and say, “What do you guys keep in all those cabinets?”  And he’d say, “Oh, that’s my email.”

Oh, it would make him completely nuts to have three or four years worth of messages saved in a Gmail account.  He’d probably start grinding his teeth, and pawing at his clothes.  He always wanted to have his inbox totally empty, and was maniacal about it.  If he saw my 8 gigabyte cluster-fornication, he’d probably have a nervous breakdown.

Have you ever worked with a person like this?  Someone who refused to embrace technology, and was pretty much hostile toward it?  Or, I suppose, somebody who is afraid of technology?  If so, please tell us about it in the comments.

I’ve also worked with people who didn’t know you could send an email to more than one person at a time.  So, they’d type the same message over and over again.  Copy and paste, needless to say, was beyond them, so they’d literally sit there and tap out identical emails to a whole list of people.  Heh.

Have you encountered anybody like this, during your travels?  Also, do you know anyone who got stuck during a certain era, and never really left it?  Yeah, we’ll need to hear about them, as well.

But either way, I’ll be back here tomorrow.