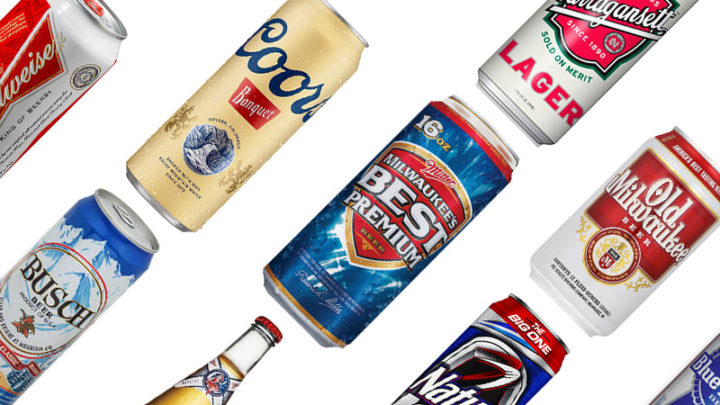 A few days ago I saw a clickbait article that promised to rank the best “cheap” beers. I can’t find the exact piece, which bugs me more than it should. But here are a bunch of similar ones:

I could keep going, but you get the idea. In the one I saw — possibly the first link above, but I don’t think so — they listed Coors Banquet beer as best overall. I thought that was interesting, because I generally dismiss all things Coors in a highly snooty fashion. Also, I didn’t think I’d had one in 25 years. Best overall? Huh. Maybe I should buy a 6-pack and see if I was being unfair?

At this point in my life I drink mostly fancy-ass craft beers, and Yuengling lager. And I don’t drink nearly as much as I used to do, ’cause the used to do was outrageous. But God knows I’m no stranger to a lot of the beers on the lists above. Not all of them, but most. My friend Tim once remarked, while some other friends and I were in the midst of a “session” a hundred years ago, “If I got lost in the Sahara desert with nothing to eat but saltine crackers, and was finally rescued, I couldn’t drink as much water as you guys drink beer every night.” Heh.

Oh yeah, we used to drink whatever was available too. A lot of Bud Light, Miller High Life, Busch, Stroh’s… whatever. Some defunct classics too, like Meister Brau and Goebel and Little Kings. Also Falls City, remember that?! All of it was pure swill, I’m sure. But we weren’t exactly connoisseurs. We just wanted to crank up the April Wine and start to guzzling. So… I have some insight, much of it many years old. But insight nonetheless.

And this would be my list of favorite “cheap” beers: Pabst Blue Ribbon, Miller High Life, and Rolling Rock. A couple of those are probably based in nostalgia, or some sense of ancient brand loyalty. But the Pabst choice is pure. I don’t remember drinking it as a youngling much. But at some point I realized it’s an honest-to-goodness solid choice.

My friend Steve and I attended a baseball game in Cleveland a few years ago, on one of the hottest days I’ve ever experienced. We walked out of that stadium totally depleted, like when Spongebob visited Sandy’s underwater dome. We headed straight for a bar, and Steve ordered something from an obscure brewery in Vermont or somesuch. Still struggling and teetering on the edge of a seizure, I asked the bartender if they had any Pabst tall boys. She said, “Now, that’s more like it!” and went to get our beers. Steve was surprised by my order. But when I started downing that thing it felt like a fire was being extinguished inside me. I’m surprised a puff of smoke didn’t come out. It’s just so drinkable and tasty too. I know it’s an ironic hipster beer, but I’m no longer concerned with such trifles. And, by the way, Steve switched to PBR for the second round. ‘Cause it was the only correct choice.

When it comes to the cheap beers, I’m only down with the ones that existed in 1980 and earlier. Some of the newer ones — like Keystone and shit like that — don’t interest me at all. But I’m thinking about reacquainting myself with some of the old “favorites.” In fact, I purchased a big honkin’ 30-pack of the Coors Banquet on Saturday. Last night I finally had a couple of them… and they were good. I mean, none of it’s great. But it was better than anticipated. And 30 cans cost me $20. Crazy. Maxes out my bunker fridge in a pleasing fashion too. I have to admit, I was being unfair to the Coors Banquet. I hope they’ll accept my apology.

What do you have on this subject? Anything? Please share it in the comments. In addition to your favorite cheap beers and the ones you drank as a youngster, please tell us the brand of your first beer, if you remember. Mine was Miller High Life, purchased underage (at 16!) from Wagner’s Market in Dunbar. I was with my friends Rocky and Mike. We drank them and went to a high school basketball game. And that’s how it started. It was the slipperiest of slippery slopes.

I’m calling it a day here, my friends. Just one more day o’ work, and finally some downtime. I’m burning out! But, at least I have a chilled box of swill in here waiting for me. Ha!