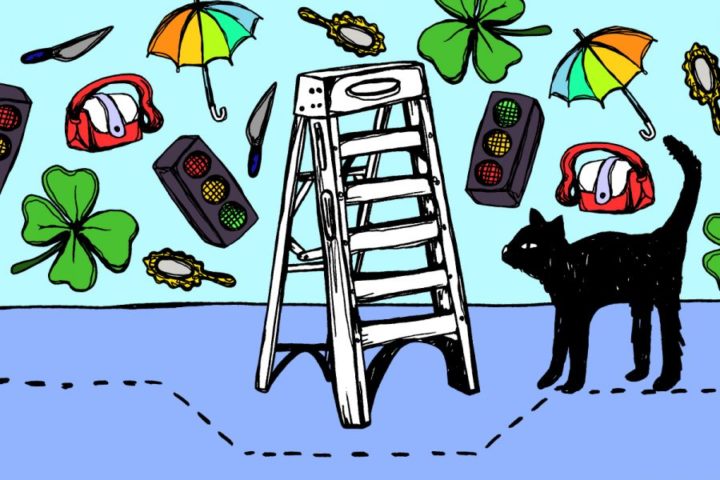 Over the weekend I wandered into a couple of “new” clothing stores in our area. One is Burlington Coat Factory, which moved from a different location. And the other is called Gabe’s. I know they have those down in the motherland, but I’d never visited one. And I don’t think I’ll ever visit one again… By the time I finished walking through those places I was in the throes of a generous melancholy. Good Lord. There’s something about discount stores, like Marshall’s and TJMaxx and that sort of thing, that makes me depressed. They’re dreary and sad and demoralizing.

Also, there were birds flying around inside Gabe’s. And I don’t care for that. When I was young somebody — possibly my grandmother — made an offhand remark that “if a bird gets in your house it means somebody in your family is going to die.” That scared the living crap out of me. I mean… I know it’s just superstition, but it caused my brain to go down a path I didn’t want it to go down.

And, get this… When I was in Atlanta I had a second job at a bookstore for many years. And one night I was there with some cutesy girl who was still in high school, I think. We were the only two people working at the store that night. And as a customer walked through the front door, a freaking bird got in somehow. We all (including the customer) had a big laugh trying to get that thing out of there and finally succeeded.

But the very next day my co-worker’s dad fell off some scaffolding at his house, broke his neck, and died. She’d told me he was painting their house himself, even though he could’ve easily afforded to hire it done. I got the impression they were rich, or at least semi-rich. But she was making fun of him, the night the bird was sent to us as a sign, saying he’s such a “dad” and that sort of thing.

So, that shit didn’t help matters in my mind. Now, every time I see a bird inside a building I tense up a bit. I know it’s stupid, I’m fully aware, but it happens regardless. As I walked through that Gabe’s hopelessness I tried to analyze the situation. Who was that bird sent for? There were dozens of people inside the store, it couldn’t be me, right? Chances are slim, I decided. But still… it delivered a tiny twinge of anxiety.

Do you have anything like this? Some superstition that, against your better judgment, makes you think. I mean, it’s not like it destroyed my day. It just caused me to think dark thoughts. What do you have on superstitions? Anything? Please tell us about it in the comments.

And this is crazy. I hired the dude who edits and produces my world famous podcast through a freelancer website. And since I’m now considered a “heavy user,” I was invited to fill out an application to possibly be included in a future advertising campaign for the site. The name of my podcast would be featured prominently, and they’d cover travel expenses, pay me a per diem, etc.

So… needless to say, I filled out the application. If chosen, it will be one of the most horrifying experiences of my life to date. But can you imagine the material I could get out of such a thing? And the stories I could tell? Jeff Kay as a male model, at age 55 and fully-bloated?! Please God… let it happen.

I’ll tell you this much. If I am chosen — and I had to provide a photo, so chances are almost zero — I will be sporting multiple scarves, be super-demanding, and treat the support staff like crap. I will go full-diva and make everybody’s life a living hell. It’s a life-long dream. Oh, I’ll be worse than Ellen. It’s going to be great!

Should I come up with a stage name, like Sparkles? I probably should, right? Suggestions are welcome.

And speaking of the podcast, the new episode is up. Number 32 already! Is that crazy, or what? There are some laughs in this one. It feels like I’m on a roll of sorts, after that misfire a couple of weeks ago. Here’s the summary:

In this one, I tell you about the horrific period when I was “on the dating scene.” It was in Atlanta, and thankfully only lasted six or eight months. But they were memorable months, my friends. Memorable in a way that still makes my stomach churn when I think about them almost thirty years later. Thank you guys for the support! And thanks for listening. I hope you enjoy it.

And I’m calling it a day here. I’m thinking about ordering some Chinese takeout before work. Sounds good! I go there so often, the guy greets me as Mr. Jeff. I like that. But I return because of the food. Man, the place never lets us down. And it’s a half-mile from our house. Hell yeah.