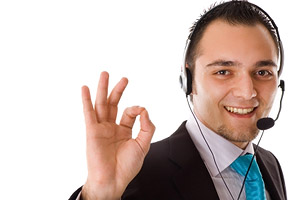 A few years ago I met some people at a bar, and there was a woman there that I sorta knew.  I hadn’t seen her in a while, and asked what she’d been up to.  She told me she was doing well, and working for a company that sells flooring, ceiling panels, etc., to contractors and builders.

I lied and told her it sounded interesting.  Then I briefly brought her up to date on my life, even though she didn’t ask.  She seemed less than interested, and we rejoined the functioning alcoholics support group.

And before I’d gotten halfway through my first pint, this woman announced to everyone that the ceiling tile inside the bar was an inexpensive item, and it bothered her greatly.  The rest of the place was decorated so tastefully, yet they’d cut corners on the ceiling materials.

Then she took a deep breath, as if she were trying to calm herself, and said, “And isn’t that just classic?”  WTF?

“Many people think ceilings aren’t important,” she continued, “and a great place to cut costs.  But anyone with a trained eye can walk into a room like this one and instantly see what’s going on.  Those shoddy panels completely undermine the respectable, mid-level flooring they’ve used.  Completely negates it!  WHEN WILL PEOPLE LEARN?!”

Everybody just looked at her with confusion, and she finally dismissed the tirade with an embarrassed wave of her hand, and an “anyway!”  And we moved on.

But I watched her, and she couldn’t stop looking at the ceiling and the floor.  Everybody was laughing and drinking and telling stories, and she was inspecting the construction materials and methods used.  At one point she ran her hand across a nearby wall, and frowned.

Later, she told us about a recent problem she’d encountered at work.  A pallet of flooring had been delivered to one of her customers, with one entire corner damaged.  The supplier was blaming the freight carrier, and the truck line claimed the supplier hadn’t properly prepared the materials for shipment.

“Meanwhile,” she said, “I’ve got a customer with an unusable pallet of C21 Ultras.  I told both parties that I wasn’t interested in their pissing contest, and they WOULD deliver a replacement pallet the next morning, if they expected to count on our business in the future.   …And that’s why my customers love me.”

We continued to drink.  Some people left, and others joined.  It was an always-evolving group of drunkards.  Eventually a guy said he was hungry, and thinking about ordering a cheesesteak.  A few other people agreed with that course of action, and it was suggested that we move our group to a table, and get some food circulating through this bitch.

So we walked to the back of the bar, looking for a table large enough to accommodate us.  And we made a left into a room that was obviously added-on, years after the main bar was built.  There was a big table in there, and someone motioned to a waitress that we were going to be ordering from the kitchen.

And as I was lowering my heft into a new chair, I heard someone holler, “Now THAT’S what I’m talking about!!”  And I didn’t even need to look up from my menu… She’d spotted some acceptable tile.