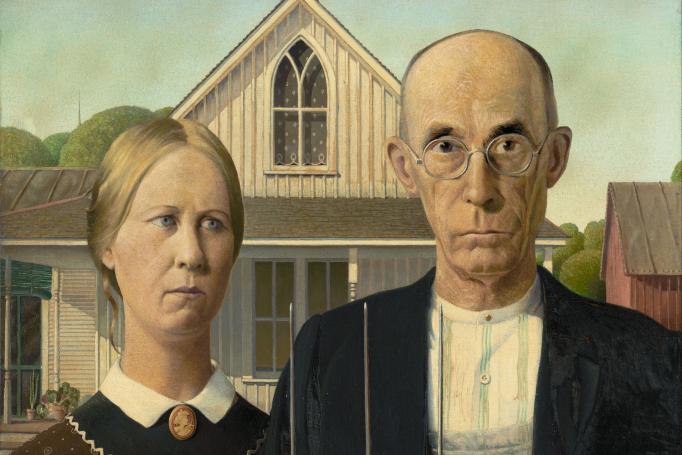 When I think of bad car trips, two jump immediately to mind. They’re automatic, and come pre-loaded. Then I have to dig a bit deeper. But I certainly have no problem coming up with a handful of road stories gone awry. Today I’d like to share them with you, and let you guys take it from there. Hopefully you have some tales to tell, as well? Good, let’s get started. 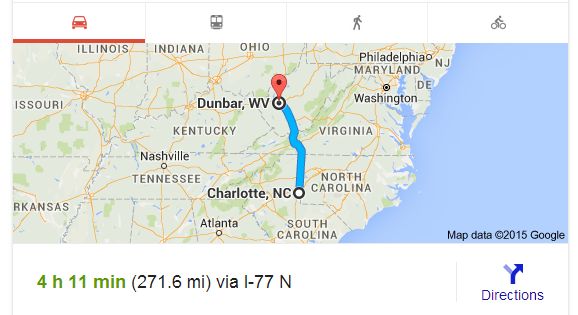 For about five years my parents lived in Charlotte, NC. I think they moved there to be closer to my brother and me, because they had absolutely no connection to the place. It was a surprising and slightly bizarre decision, after 50-some years of living in Dunbar, WV. But it worked for everyone.

Shortly after Toney and I started dating, we went to visit my folks in Charlotte. After a day or two, we were all going to jump in their car and continue on to Dunbar. I can’t remember why we were going there, but it was probably to see my grandmother. It feels like it was Christmastime.

Toney and I sat in the backseat, and both my mom and dad smoked one cigarette after another. I mean, it was relentless; they were going to town with it. They had their windows rolled down roughly 1.5 inches each, which was supposed to take care of it. However, that plan proved to be largely ineffective.

But, I’d grown up inside a cloud of cig smoke, and Toney had, as well. So, that wasn’t the worst of it. They also had their dog with them, a little terrier named Tojo for some reason. And he seemed intent on matching their smoke output with his own release of pungent weaponized ass vapor. That thing was farting Kleenex-style: as soon as one was out, another was instantly ready to go. And every time he’d let loose, my dad would shout, “Oh god, he just went off again!!”

I didn’t even know Toney all that well, as I recall. So, it was a mixture of being amused by the absurdity of it all, and mortification. Oh, it was quite the trip. 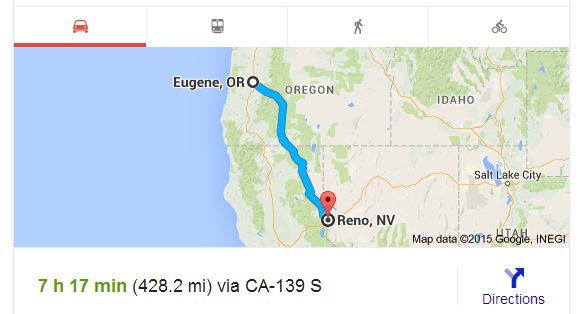 Around the same time, we went to visit Toney’s family on the west coast. And, through an unlikely series of events, ended up riding in her sister’s beat-to-shit Jetta, from Eugene, Oregon to Reno, Nevada… That car had no air conditioning, of course, and looked like it had sustained ten or twelve barrel-rolls down the side of a rock cliff.

Again, I was in the back seat, and it was one of the more uncomfortable days of my life. It was super-hot, all the windows were down so there was shit flying around inside the car the whole time, and she was blasting some horrible World Music garbage that made me consider flinging open one of the back doors, and just doing a tuck and roll.

Also, she refused to stop. All of us eventually had to pee, but were forced into testing the absolute outer-limits of the human bladder. I felt like a piss camel, developing a larger and larger hump with each mile driven. Eventually Toney flew off the handle, and we stopped at a Wendy’s. By that time it felt like my insides were on fire, and there was internal bruising that stayed with me for days. It was insanity! I still don’t understand. Is urination a sign of weakness? 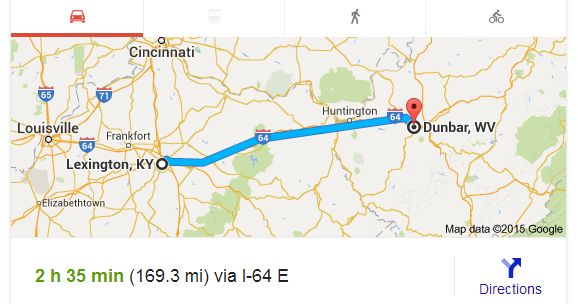 My final story happened when I was 18 or 19. I was driving my parents’ big ol’ green station wagon, with wood paneling on the sides, from Lexington, Kentucky to Dunbar. It was me, my girlfriend Kelly, my brother Tim, and our little cousin Todd.

Again, I can’t clearly remember how this all came about. Todd was only five or six at the time. I wouldn’t have allowed my young kid to go on the road with some dipshit teenage Jeff Kay. I mean, seriously. But anyway.,,

At some point, when we were in the deepest recesses of nowhere, one of our front tires exploded. I mean, the shit just blew up and nearly disappeared. I was able to maintain, and came to a stop on the side of the highway.

My brother and I attempted to put on the spare, but ran into problems. I can’t recall the details, but we determined that that was no longer an option. Maybe the spare was flat too? I can’t remember. So, what to do? This was long before cell phones, and there was nothing around us except open fields and trees. Literally, no buildings or signs of civilization…

It felt like I was in charge, which I didn’t care for. This whole thing could easily come off the rails. We had a little kid with us. This was no good.

So, I asked my brother to stay with Todd, and Kelly and I started walking. We had no idea how far the next exit might be, but had few options. And about a mile into our little stroll, a car pulled over. “You folks stranded?” the driver shouted.

They looked like the man and woman from the American Gothic painting. That was certainly better than a middle aged man in a clown outfit, but I was still apprehensive. When they offered us a ride to the nearest gas station, though, I took them up on it. We climbed into the back seat of their car, taking the kind of risk I never take, and were off.

And they were strange. They barely spoke to us, which was odd, I thought. They just stared straight ahead, with no expressions. “They’ll never find our bodies,” I was thinking. And the look on Kelly’s face made me believe she was on the same page.

But they dropped us at a garage, as promised, and those guys took care of us. I don’t even think they charged us anything. Within a half-hour we were back on the road, and made it home safe ‘n’ sound. Rough day, though. It was one of the more stressful events of my early life. The presence of a first-grader ratcheted everything up a hundred notches or so.

Now I’m going to turn it over to you guys. Please use the comments to tell us about your worst car trips ever.