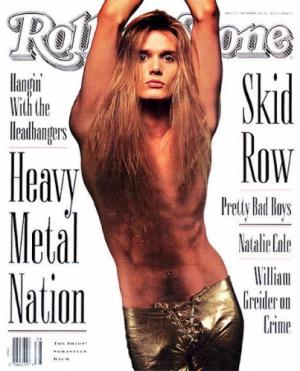 About twenty years ago, in a different city and state, I worked with two of the most ridiculous people I’ve ever met. Today I’d like to take a few moments to tell you about them… and then turn it over to you guys, for your own stories of co-workers gone wild. Do we have a deal? Good.

The first was a sales manager, who reportedly made $120,000 per year. That’s what his secretary told me, anyway. It seemed like an impossible amount of money, at the time. That shit blew me away.

Anyway, he was kinda creepy. Every conversation with him was awkward and weird, and nobody really got to know him. He was unapproachable and completely humorless, which seem like strange attributes for a sales manager. But there you go.

He had his office decorated with heavy drapes, and Oriental swords and such. The lights were always dimmed way down, and you’d walk past his door and see nothing but his face illuminated, by his desk lamp. It was like the Wizard of Oz in there.

I had a job there that required an occasional one-on-one with this guy, and they were always excruciating affairs. I’d sit across from him in that dark office, staring at the bizarre death masks (or whatever) on the wall behind him. And we’d have these tortured conversations, filled with unusual pauses, etc. I’d always feel beads of sweat rolling down the center of my back.

At least twice he farted up the whole building. Well, that might be an exaggeration… but he definitely farted up a good quarter of the place. He’d sit in his weird office, talk on the phone, and fart — for hours on end. The whole area would smell like ass, and a couple of old black ladies in the credit department would walk around spraying Lysol, saying, “That man is nasty.”

I mean, what the hell?? In his office he had a framed certificate saying he’d gone through the Dale Carnegie course. I’m no expert, but I don’t think Carnegie suggested you win friends and influence people by pumping out oily cauliflower gas amongst your co-workers. Please correct me if I’m wrong about that.

There was another guy who worked at the same place, just a few doors down the hall. He was the receptionist/switchboard operator. Why they chose a fat, alcoholic, 60 year old hacking chain smoker to be the face of our company, I do not know.

He’d have to page people all day long, when phone calls came in. And he was over-the-top theatrical, using nicknames and elongating words, etc. “Danny D. you have a call on line one. Dannnnnny Deeeeeeeea…”

He was gay and had a photo of Sebastian Bach posted on the wall in his work area, whom he declared “the perfect man.” Sometimes he’d start to tell us what he’d like to do with ol’ Sebastian, and we’d run for the hills before any of those images could take root in our brains.

He also had a terrible gambling problem, and had taken to chartering buses, and driving senior citizens to a casino in Mississippi. He charged each of them a fee, and would gamble away all the proceeds while they were there. At least once they didn’t have enough gas to get back, and he had to pass the hat before they could return to the highway.

One time he had a coughing fit — due to the decades of heavy smoking he had under his belt — and shit his pants. He had to go home, and the chair he’d been sitting in kept getting moved from area to area. If someone realized it was near their office, they’d shove it way across the building, where it would stay until someone else figured it out, and moved it again.

The guy got into gambling debt, and ended up killing himself. That made me sad. He had a lot of problems, self-inflicted, but was a nice guy and really funny. Unlike the sales manager, you could talk with him and laugh. It was too bad.

Now it’s your turn. In the comments section below, please tell us about the most ridiculous people you’ve ever worked with.