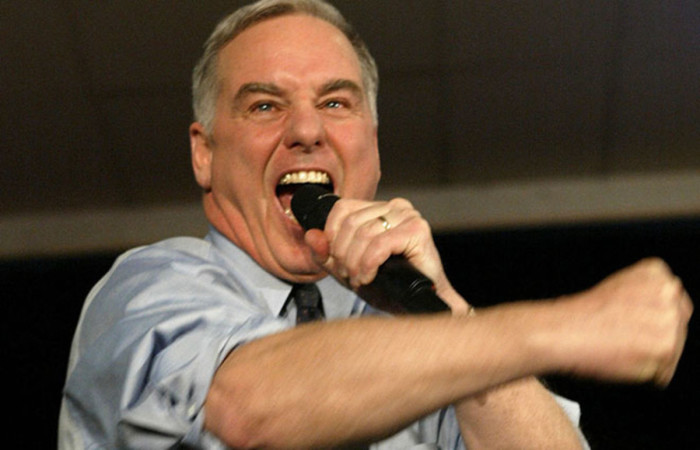 I hate when people do this, so I apologize in advance. But I REALLY wish I could talk about what’s been going on at my job. The last two days have been a couple of the craziest ever. And I’m not talking about office politics, or boolshit like that. This is some real Very Special Episode stuff. But, I’ve probably said too much already.

Today I’d like to talk about our most memorable workdays ever. I know this might shock you, but I’m playing beat-the-clock again. So, I’ll briefly tell you about a couple of mine, and turn it over to you guys. Sound good? Good.

When I worked at a super-shitty grocery store in Dunbar, WV many moons ago, there was a co-worker there named Brogan. He was a stocker like me and my friends, but was at least ten years older than us. He’d had a high-paying job at the Volkswagen plant, and lost it somehow. So, he was spiraling down, down, down.

Almost every night he’d go to a dump of a bar called Smiley’s, drink himself into oblivion, and have parking lot sex with 45 year old divorcees, and whatnot. Then he’d come to the store, park his customized van there, and pass out. When it was about 15 minutes before he was supposed to start working in the morning, one of us would have to go bang on the window of the van, and wake him up. A little while later he’d come dragging in with his hair pointing in every direction, and a strong smell of stale liquor following him around.

One day the managers told us we were going to have to start wearing neckties, and Brogan threw a fit. He told them he would never wear a tie, and they said he had two choices: wear one, or find another job.

So, he came in wearing a very fashionable tie the next morning, but no shirt. The managers were not amused,  and they made him clean out a disgusting room on the back of building full of maggots and disease-water and rotting vegetables. He was out there with a snow shovel, Van Halen cranked up, and working without a care in the world. This bugged them, of course, so they told him to turn off the music.

Brogan did as they asked. Then he grabbed a soiled part of a store display that roughly resembled a picket sign, and started walking up and down the sidewalk in front of the store, chanting, “Higher wages! Better working conditions!!” He was shirtless, in a tie, covered in filth, and making a giant spectacle of himself. Needless to say, he was ordered off the property, and none of us ever saw Brogan again.

I have no idea what happened to him, but he provided me with one of my most memorable workdays ever. The man’s a legend in my mind.

The Tape Man at Peaches

During the mid to late 1980s I worked at a great old record store in Greensboro, NC called Peaches. Many crazy things happened there, mostly having to do with shoplifters gone wild. But this one is something else entirely.

One night a guy called and asked if we had a specific classical album in stock. I hated dealing with the classical customers because they were often haughty and demanding, and I didn’t have a lot of knowledge in that area. But, I happened to take this call, and was forced to deal with it.

We had a few back and forths on the phone, and I finally located an album that was to the guy’s liking. Thank god! It felt like I’d dodged a bullet of sorts. But things took a dark turn.

He asked if I could hold the record for him. Not a problem, I said.

“OK, can you put it inside one of your plastic Peaches bags, and tape it up? Really tight, and everything?”

“Then, put that inside ANOTHER Peaches bag, and tape that up? Make sure you use lots of tape, and keep the plastic pulled very tight. I can’t have it loose!”

Before he hung up he reminded me again about not being stingy with the tape, and to be sure everything was pulled real tight. He’d be there within the hour, he said.

I tried to do what he asked, and had his little freak bundle ready for him when he arrived. He looked like Howard Dean, nicely dressed and respectable. I handed it to him, and he appeared to enter a state of ecstasy. He started rubbing the plastic and tape, and his eyes rolled back in his head with pleasure. What the?! I don’t know it for a fact, of course, but suspect he was rock hard.

While he was paying for his record, he made a point of pulling up one of his shirt sleeves, and revealing six or eight short strips of Scotch tape stuck to his forearm. He showed it to me, without a word, and took in my reaction. Which was probably abject fear, by this point. Then he left. And how’s that for weird?

There was also the night some hick pointed a gun at me, because my convenience store co-worker told him to turn down his car stereo. And the time four or five masked men came into the grocery store where I was working, carrying shotguns and shouting demands. Scary!

And the time a highly-paid sales manager farted up one entire end of a large office building, causing a group of black ladies to parade around spraying Lysol and shouting, “That’s NASTY!!”

And the time a guy went to Pizza Hut on his lunch break, drank a pitcher of beer by himself, came back and got into a full-blown fist fight with a co-worker in the warehouse of a record distributorship in Atlanta.

And the time I got to spend a couple of hours with Paul Westerberg in a bowling alley.

And the time some giant hurricane came up the east coast, and Toney and I drove to work anyway: past downed power lines and trees everywhere. Only about six or eight people showed, and we all ended up having breakfast together at Waffle House, the only place with electricity, for some reason.

Oh, there have been many memorable days. But I’m going to turn it over to you guys now. Please tell us your stories in the comments section.