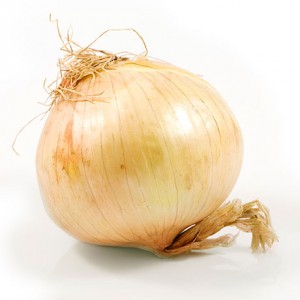 When Toney and I left Atlanta many years ago, we were in a daze.  It all happened so fast, with not even a hint of a warning.  I arrived at work one day, was summoned to the corner office, and told to expect an important phone call in the afternoon.  No additional information was offered, I was just supposed to stay near the phone.  What in the finger-snapping hell?

I called Toney and told her about the cryptic mini-meeting, and we spent the next 10 minutes trying to figure out what was going on.

Finally the call came in and it was from a big-shot at home office, named Vinnie.  He was one of those mythical one-name corporation people:  “Vinnie is coming tomorrow!”  “Oh shit!  Start cleaning!!  Get all this crap out of here!  Vinnie’s coming!!”

I wasn’t high enough on the food chain to have spoken with Vinnie very often, yet here he was calling me directly.  He didn’t beat around the bush.  His second-in-command was leaving the company, and he wanted to know if I’d be interested in coming out to L.A. and interviewing for the position.  Wow!  I couldn’t believe it.  I think a tiny turdlet might’ve come out.

They flew Toney and me out there, wined and dined us at expensive restaurants, and put us up in the Universal Hilton.  It was crazy.  And within hours of us landing back in Atlanta, Vinnie was on the phone offering me the job.

All this happened within the space of a couple of days, and our heads were spinning.  I was flattered and amazed, but was happy in Atlanta.  Did we really want to do this?  Of course we did!  No way I was going to allow the opportunity to go to someone else.  So, we put our house on the market, and before I knew it… we were living in Los Angeles, California.  It all seemed impossible.

But when the dust settled, and we realized what was going on, we were both body-slammed by homesickness.  What had we done?  Why didn’t we put more thought into this thing??  I wasn’t the type to make instant decisions like that.  I needed a chance to turn it over in my head a million times, and consider all the angles.  We’d made this decision in an hour.

I think it’s called buyer’s remorse…  We missed Atlanta so much, we were near-tears half the time.  I felt panicked and stressed.

So, after only a few weeks, we booked a trip back to Georgia.  It was ludicrous, but we needed to get back there before we had a nervous breakdown.  I can’t explain it…  We’d had no transition period, in which to accept this giant change.  Maybe that’s what we were looking for?

We went back, ate at all our favorite restaurants, and did all the fun stuff we used to do.  Shit!  That didn’t help at all.  I loved Atlanta, and this only made matters worse.  We were both miserable.

But we returned to California and tried to make the best of it.  There was nothing else we could do.

And during the first spring I wanted Vidalia onions — a Georgia delicacy.  I was sure those California shitheads didn’t know about the wonders of the Vidalia, so I went online and spent something like $35 on a small carton of the things.  When they arrived I saw that the box had been plundered by state agriculture people, and there were only about four onions left in the box:  four onions for $35.

Then, a couple of days later, we were walking through Costco and I saw huge sacks of the things, for something like $7.  And that pissed me off, as well.  Not because I’d wasted so much money (that didn’t help, of course), but because I didn’t think California deserved such great onions.  Or something.  None of it made sense.

Of course the sadness faded with time, but it was pretty intense and prolonged.  I get sentimental about things, and always experience homesickness whenever I move.  But that one was bad.

And for the record, I never really liked southern California.  When I had the opportunity to move to the Scranton area, I accepted the job — sight unseen.  I’d never been to northeastern Pennsylvania, but it was on the east coast, and that was good enough for me.

Vinnie was a great boss, but California sucked ass.  At least for me… at that particular point in time.  I couldn’t wait to get the place in my rearview mirror.  Oh well.

Now it’s your turn.  In the comments section please tell us your tales of homesickness.  What was your worst case of it?  We’ll need to know all about it.