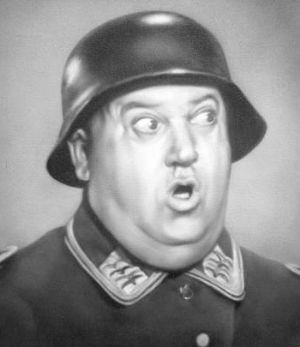 Yesterday I suggested (begged) you guys to please use our Amazon links while doing your holiday shopping this year, and someone said, “Yeah, but what about us up here in Canada?  Why no Amazon.ca??”  And that was a good question, for which I had no answer.

So, last night I applied to be a Canadian affiliate, and was approved today.  If you use Amazon.ca, you can now also support the Surf Report by visiting their site through THIS LINK.  Needless to say, this won’t be your only reminder.  I’ll also post it at the bottom of every update between now and Christmas.

Thank you guys, for your support.  This site doesn’t generate an enormous amount of money each year, but almost half of it comes from Amazon sales in November and December alone.  Please try to remember to click-through our links.  It costs you nothing extra, and helps me a great deal.

And just so you know… I also applied for the Amazon UK affiliate program — and they rejected me!  They sent a strange email that said my website indicates that I give a portion of my proceeds to charity, and they can’t be aligned with specific charities… etc. etc.  What the??  I don’t have any idea what they mean by that, and I don’t have the energy to argue about it.  So, for now it’s just going to be the US and Canada.

I’m pretty sure we’ve covered today’s topic before, but it’s a good one, I think, and I’m gonna offer it up again.  In the comments section below, please tell us about the people you’ve seen nude, or almost nude, by mistake.  You know… walking in on somebody while they were changing, and stuff like that?

Three jump immediately to my mind, and since I’ve undoubtedly written about all of them (nudity!!) multiple times, I’ll keep it brief.  But that doesn’t mean you need to do the same.  Elaborate as much as you want, since it’s about, you know… nudity!!

Story 1  When I was a young teenager, maybe 14 or so, we were camping at Myrtle Beach, which is something we did almost every summer.  There was a gigantic kick-ass water park nearby, and we spent at least one full day there during every trip.

On this particular visit, however, I got an eyeful.  At one point my dad and I were sitting on a bench at the bottom of one of the huge slides, near the pool where folks were deposited at 40 mph.

And a girl — a little older than me, but not by much — came hurtling out of one of the chutes, on her stomach.  She went under for a second or two, then stood up and immediately began messing with her hair.  And both her breasts had escaped their housing!

But get this:  one was pointing up, and the other was pointed down.  Her bikini top was now a sideways S, threading her tits.  It only took a second or two for her to realize what had happened, but it was like time stood still, and both of us just sat there staring at this spectacle.

At that point in my life it was the greatest thing I’d ever seen, and probably still ranks in the Top 5.

Story 2  While delivering newspapers one day, when I was fifteen or sixteen, two identical twins (with reputations) gave me a show through their bedroom window.

I was walking a paper up to the porch of a very old man (last name: Brick), who requested that I put it in the magazine hooks on his mailbox.  Usually I just flung ’em from the sidewalk, but this old dude had put in a special request.

Anyway, I was walking toward his porch, when I heard a tapping sound from the house next door.  And when I looked over I saw the two twins (with reputations) standing in a window, wearing nothing but bras and underwear.

They were one year younger than me, and I didn’t really know them.  But they had those reputations… (did I mention that?)  And when I looked their way, they began gyrating and pursing their lips and whatnot.  I stood there with my mouth hanging open, and my eyes popping out of my head.  And within seconds they busted out laughing and dropped the blind.

I don’t think I was able to walk upright until sometime the next day.

Story 3  I’ve told the story about my senior prom lots and lots of times… My date and another couple went to a fishing cabin afterward, to (as the kids say) party, and some weird shit happened.

The other couple were taking speed and drinking, and we were only drinking.  I never went for drugs, or anything like that.  I was strictly a booze hound.

At one point the other couple went into one of the bedrooms, and we could hear them in there thumping around and stuff.  I didn’t know my date very well, and it was mildly embarrassing.  We just chuckled nervously, and amused ourselves in the living room.

And a few minutes later my friend from the other room came rushing in, wearing nothing but his white tux pants.  He was frantic, and asked for our help.  I noticed his pants were unzipped, and the tip of wiener was peeking out.  Good god!

All three of us went into the bedroom, and the other girl was lying naked on the bed — having some kind of convulsion.  What in the everlovin’ hell??  My girlfriend went to her and tried to help, but I just stood there looking at the nakedness before me.  I was no help whatsoever.

Ten minutes later the girl was perfectly OK, and hitting the booze again.  And my head was swimming with all the things I’d seen…  Everything was neatly trimmed — in 1981.  Wildly exotic!  I simply couldn’t get it over it.

And now it’s your turn.  Use the comments link below, and I’ll be back tomorrow.