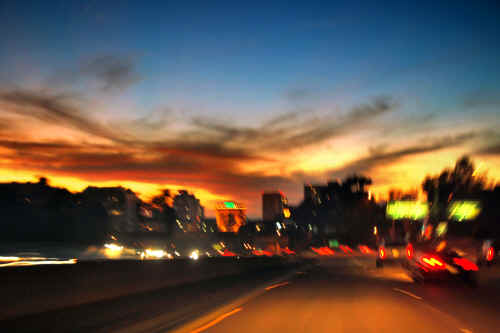 It’s been so humid in the Upper Perogie Belt, our clothes have to be 100% dry (burned to a turn) or they go musty and smell like a wash cloth that’s been hanging on the rack for a couple of days.  And I can’t have that.

A few days ago I was getting ready for work, and grabbed a shirt from the dryer:  full-on rancid musk.  I pulled everything else out of there, and it was the same situation.  And they’d only been neglected for thirty minutes or so, everything had gone funky in a very short period of time.

So, a large load of laundry went from the washer, to the dryer, back into the washer, and into the dryer again.  The same clothes.  And I was forced to wear some stupid shirt that’s been out of the starting lineup for many months, with a collar that refused to respect the authority of an iron.

I’m not really a fan of the hot, humid, rampaging-musk days of summer.  I don’t know if I’ve mentioned it before…

A good sign, though:  Toney saw someone at Wegmans yesterday building a display of pumpkin ale.  And if that’s not a sure sign of autumn, I don’t know what is.  When pumpkin ale starts arriving in the stores, there’s light at the end of the sweaty-buttcrack tunnel.  I think Billy Graham first said that.

I moved Gran Torino to the top of my Netflix queue, because it was listed as “very long wait.”  Therefore it shipped on the same day…  Makes sense, huh?  But what did you think of it?  Am I going to like it?  Don’t ruin it for me, but let’s hear your quickie review.

And is carrying an umbrella poofter?  I kinda think it is.  I keep one in my car, in case of an emergency, but would never carry it around with me.  I’d rather get soaked, completely, than sashay through the streets with a parasol over my forearm.  What’s your thoughts on it?

And what else falls into the “possibly effeminate” bucket?  Drinking straws, perhaps?  My Dad used to call them sissy sticks, and I refused to use them for years.  But recently I started thinking about all the hundreds of quivering disease-lips that have been pressed against restaurant glasses.  So, I’ve thrown manliness to the wind, and have started drawing fluids up a plastic pipe.  Is that so wrong?

Here’s something I received from our old friend Buck:

Okay dude, only you can properly assess what the hell was happening here, through your vast WVSR network.

Two women with whom I work attended a fancy pants fundraiser this week.  It was a high-brow function requiring they wear either white or black—nothing else. It was a dress-up affair with cocktail dresses and whatnot–largely a flock o single women.  It sounds like one of those deals where you’re required to hoist your novelty drink with a pinkie raised—you know what I mean.

Okay, amid the trappings of this thing there was a “sushi TENT”  WTF?  Anyway, she tells me she doesn’t like sushi, but went to the tent to see this for herself.  In the tent, there was a man, LYING ON THE TABLE wearing nothing but leaves covering his junk…and all the way up his arms and on his legs and torso were pieces of sushi.  He laid there, motionless, for the duration of the event.  She said nobody actually took the sushi off his body, since there was a full table of it surrounding him.  She said she’d heard of this, but never in WV.

I have NEVER heard of such a thing PERIOD.  Have you?   Have you ever heard of a human being transformed into a piece of furniture–especially one used as a food service device?  What’s next, a naked man whose penis is pulled to draw beer from his asshole tap?

I just cannot comprehend such a thing and it sounded like a subject you would most assuredly want to explore on your website.

Yeah, I got nothing.  I’ve never heard of such a thing, either.  I asked Toney, and she said she HAD, but believes it’s usually a naked woman… you know, lying on a table covered in individual servings of sushi.

I have to agree with Buck’s reaction:  WTF?  Can any of you shed some light on this bizarreness?  What in the pearl-handled heck??

Those Japanese just never stop, do they?

And this is it for the week, boys and girls.  We’re taking our quickie trip to West Virginia today, and won’t be back until Sunday evening.  A long weekend filled with lots of driving…

I’ve spoken with the T-Shirt Lady a couple of times about our upcoming retro reproduction shirts, and she’s ready to go.  We’ve been taking pre-orders for a couple of weeks now, so I’m going to make this WV weekend the end of it.

I’ll probably order a limited number of extras, but if you really want one, you should order now.  On Monday or Tuesday I’m going to get the ball rolling, and all bets will be off.  Here’s your order link.

Also, I’d really appreciate it if you guys could post something about the Convenience Story eBook at Twitter while I’m away.  In fact, here’s what I’ll do…

If you post something about the book on Thursday, Friday, Saturday, or Sunday – and link to this page: http://tinyurl.com/no7olg – I’ll put your Twitter name into a hat, and draw two at random.  And whoever is chosen will receive a FREE Evil Twin jumpin’ catfish shirt, in whatever size you choose.

But remember, it has to be at Twitter, and there has to be a link that appears exactly like this:  http://tinyurl.com/no7olg.  I’ll use Twitter Search to find out who mentioned it, and the link will have to be exact or I might miss it.

So, there ya go.  I’ll tell you about our trip when we get back, and I hope you have a great weekend.

See you on Monday.