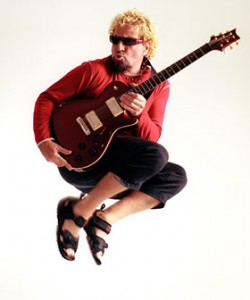 Have you ever noticed how people promote bits of trivia about themselves, little factoids they clearly feel is important for others to know?

I try not to be overly obnoxious about things, but I think I do it too.  For instance, I like to tell people that all four members of our family were born in different states – none of which happen to be the one where we currently reside.

So, even though I recognize the phenomenon, I’m not completely immune to it.

I was considering this while driving home last night, and thought back to my job in Atlanta, circa 1995 or so.  And I can do an almost full factoid tour of my corner of that building.  Don’t believe me?  Well, check this out…

My boss:  born in Germany, worships Neil Young, believes the Beatles are overrated, is an avid bowler, lives with constant pain because of “nerve trouble”

My co-worker/office-mate:  raised in New Orleans, loves death metal (“That’s right, even though I’m black!”), has had an inordinate amount of sex with many, many women

The guy next to him:  Christian conservative, believes Rush is right, hates his job, can drink coffee at any time of the day or night and it won’t keep him awake

The guy across from him:  won $5000 in a radio contest, wouldn’t be caught dead in a Ford, never had a cavity, thinks Carrot Top is a riot

The woman next to him:  had open-heart surgery as a child, could live on barbecue chicken wings, husband almost signed by the Cincinnati Reds

Her office-mate:  loves NASCAR, his father was one of the air traffic controllers fired by Reagan

The guy next to them:  has diabetes, plays guitar, believes Sammy Hagar was the best Van Halen lead singer

And I could go on and on, through the whole building, if I felt like it.  Please note that these aren’t observations I’m listing, but bits of personal information I heard all of them recite multiple times.  It’s stuff they wanted people to know.

Can you list your co-workers’ factoids?  How about your own?  Use the comments section below…

And did you notice how I performed this exercise using a group of people I haven’t seen in more than ten years?  Yeah, I could do it with my current co-workers, as well.  But I can’t be pissing someone off and losing my job.  Especially with the Globetrotters selling out stadiums, and whatnot…

I’ve had a certain picture in my photo file for a year or more, but had no reason or desire to ever post it.  Then I came across another one, along the same offensive lines, and a light bulb went off…

Maybe we can build a page full of sports teams with genuinely offensive names?  Sound like a good time?  I’m getting the ball rolling here.  Can you help me out with more?  Send it to jeff at thewvsr dotcom, if you have anything.

And speaking of the Beatles, the Secrets and I found ourselves in an odd conversation over the weekend.  For reasons unknown, we were trying to guess their names, if the Fab Four had been from Scranton instead of Liverpool.

While polishing off a set of strawberry Toaster Strudels at the dining room table this morning, I tried to come up with my final list.  And here it is:

Yes, I think that’s fairly accurate.  And here’s how I imagine they’d look — if the Beatles had been from Scranton.

What about your neck of the woods?  What would’ve been their names?  We need to know; it’s very important.

There’s a new poll out today that says West Virginians are the unhappiest people in the country.  Is that really true?  I know I’m not a representation of the entire population of the state, but I can’t remember being unhappy there.  In fact, I loved it.

Of course I was young at the time, without even a hint of responsibility…  I was never really an adult in West Virginia, so that might skew my perception a bit.

What do you folks living in the motherland think about this poll?  Is it true?  Are most people unhappy there?  I have a hard time believing it.  I view West Virginians as friendly and content.  Unhappy isn’t a word that jumps immediately to mind.

And that’s gonna do it for today, boys and girls.  I think there are a couple of Questions mixed into this update, so you guys can take it from here.

I’ll be back tomorrow with another Topic Dump, and something new and good from our old friend Buck.