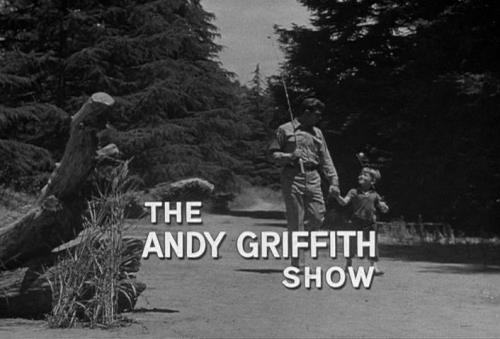 I don’t believe we’ve ever done this one before, which is a rarity at this point. If, through an unlikely series of events, you were required to live a month inside a television show, which one would you choose, and why?

I automatically gravitate toward sitcoms. And, in my mind there are plenty of great ones, and two that stand alone. They are The Andy Griffith Show, and Seinfeld. I believe those two shows are the best-written, best-acted, most enduring TV comedies of them all. I know that’s probably controversial, but tough shit. It’s the way I see it.

However, Seinfeld would be a poor choice for a month-long visit. Jerry, George, Elaine, and Kramer wouldn’t welcome me into their world. There’s not a chance. So, I’d basically be living in New York City during the ’90s. Not a horrible situation, but it feels like I could do better.

Mayberry would be a decent option. The people would be friendlier, and I could have lunch at the Blue Bird Diner, and get a haircut from Floyd. It’s almost like the entire town is a character unto itself, and I could submerge myself in it. Even if Andy and Barney wouldn’t give me the time of day. Ya know?

Of course, it might be a tactical error going for the great sitcoms. Gilligan’s Island would be an interesting month, although I don’t know what kind of bathroom situation they have there. And it would be non-stop hilarity living with The Beverly Hillbillies, or the Hooterville of Green Acres.

Or I could go another direction, and choose a drama. Like, say, Twin Peaks. That might be cool. I was also thinking about The Twilight Zone, but believe I’d quickly tire of a humorless man in a suit fucking with my head all the time. That would get old, real fast.

So, what do you think? I’m going with Andy and the gang. What would be your choice, and for what reasons? Please tell us about it in the comments section below.

It’s important work we do here!

I’ll see you guys again tomorrow. Have a great day.