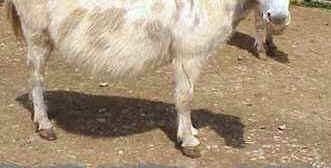 I’m still experiencing site issues, and have been emailing my webhost back-and-forth all morning.  We (they) identified and fixed a couple of Big Problems, but another remains.

I’m now able to make changes to the sidebar (Further Evidence, etc.), and it allowed me to upload a photo to yesterday’s update, but I still don’t know EXACTLY where my WordPress files are.  Can you believe it?  They’re out there somewhere, ’cause the site is up.  But I can’t see them via FTP.

But we’ll get it all hammered-out eventually.  And it appears the site is moving much faster.  It was really dragging over the past few weeks, but is all cranked-up now.  So, their “improvements” are causing me to lose some stomach lining, but have also improved performance a great deal.

I guess I can live with that.

As I type this Michael Jackson’s “golden casket” is reportedly arriving at the Staples Center in Los Angeles.  I’m not watching it on TV.  How are they bringing it in, via helicopter?  Horse-drawn carriage?  Maybe I should turn it on?  Or maybe not…

Not to be insensitive (ahem), but didn’t he die a long time ago?  Like two or three weeks?  Or is that just my imagination?  It sure seems like a lot of time has passed, doesn’t it?  And they still haven’t buried him??

Of course, at this point it probably wasn’t even necessary to embalm the body.  There’s so much plastic involved, it’s probably dishwasher-safe.

I haven’t mailed the t-shirts yet, but I’ve set Thursday aside for the task.  Sorry I didn’t get to them last weekend, but there was some kinda cluster-copulation going on… which I can’t now remember.  But they’ll go out on Thursday/Friday.

And, of course, if you want one, order away.  I’ve got plenty.  Sweet sainted mother of the Litter Indian!  I think I might’ve slightly… over-ordered.

Metten posted another hilarious animation short at Mockable yesterday, and I forgot to tell you about it.  So, here it is.  Extra good stuff.

And if all goes right, I should have a free gift for you guys by the end of the week.  It’s not ready yet, but almost.  I’m excited about it, and think it’ll be very cool, indeed.  So, stay tuned.

This isn’t much of an update, but I found myself in one of those situations where I had to choose between “skip a day” and “post something half-assed.”  As you can see, I went with the latter.

For lack of a proper Question, why not tell us your funniest funeral stories?  Use the comments section below, if you have anything on this morbid subject.