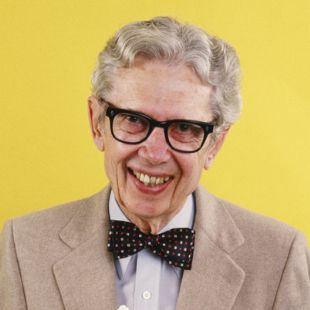 I received an AARP card in today’s mail.  A fucking AARP card!  I thought that indignity wasn’t supposed to start until you turned 50?  I’m not 50; there’s still time on the clock.  Grrr…  It went straight into the garbage, and hopefully one of those huge black birds will carry it off and drop it into Lake Wallenpaupack.

I do have a birthday coming up (tomorrow), but I’m not turning 50.  Sheesh.  I can just see me whipping that card out and asking for a senior coffee at McDonald’s, while sporting my Magnolia Thunderpussy shirt.  The whole thing is ludicrous, and disappointing.  I’ve never been more depressed in my life…

It’s true that my hair is turning gray and I’m starting to look like Orville Redenbacher’s fat and cynical brother.  And now I’m receiving mailings from the seasoned citizen lobby??  “Join us, brother.  Together we’ll keep those young whipper-snappers from getting too big for their britches…”  WTF?!

I wish I had my twenties back.  That’s where everything went off the rails for me.  I’ve never fully recovered from my twenties, and the serial dipshittery of that era.  I made bad decisions, approached things in a super-casual manner, and was fully… adrift.  I also had no confidence or self-esteem, which held me back.

I listen to a great podcast by Marc Maron, who does in-depth interviews with comedians and writers, and other creative folks.  It’s fantastic, and all of you should be downloading every episode.  Seriously.  It’s really, really good.

Anyway… the people he interviews usually tell a similar story.  Sometime during high school, or the early college years, they decided they wanted to be a TV writer or a comedian, or whatever.  And they just loaded up their piece of shit cars, and moved to Los Angeles or New York and went for it.

And that’s where confidence and self-esteem comes in handy.  Not to mention balls.  I had none of that, and just meandered through life.  I dropped out of multiple colleges, drank copious amounts of Rolling Rock, and had absolutely no path forward.  When I see someone who has their shit together during their twenties, I’m impressed.  I feel like shaking their hands, and saying, “Good job.”  But I know they’d just think, “Who’s this crazy old fuck?” and God knows I don’t need that.

Tomorrow’s my 49th birthday (holy crap nodules!), and I’m going to celebrate by working ten hours.  But on Thursday I’m going clothes shopping.  I need a full refresh of my so-called wardrobe.  It’s way past due.

Toney was watching some unknown show a few days ago, and a woman was going to TRY to keep her fall wardrobe purchases below $2000.  That was the reason for the show, to see if this person could actually pull off such a crazy thing.  It’s a world I don’t live in, and have never visited…  I’d be surprised if I’ve spent $2000 on clothes, across my entire life.  And that’s not really a joke.

I’m in a cycle now where I’m sporting the same eight or ten shirts over and over and over again.  And I need at least one more pair of jeans, and some new shoes.  All my shit has been washed so often, it’s in a state of full-collapse.  I also think I need a set of underwear suspenders, to keep my beleaguered britches from falling down.  It’s a sad state of affairs, and I’m going to do a partial refresh on Thursday.

But I won’t be spending $2000, of that you can be certain.  I’m thinking more along the lines of a hundred fitty bucks.  Heh.  Maybe they should do a reality show about that?  “Next stop: Target.  They’re a little pricey, it’s true, but I’m feeling spontaneous today!”  Sweet sainted mother of Manny Sarmiento…

What’s the most expensive article of clothing you’ve ever purchased? Mine is probably a coat I bought from the Gap years ago, for $125. Crazy!  What about you?

And hey, I apologize for this update, but you can blame it on the assholes at the AARP.  I don’t like people who shift the blame, but in this case it’s warranted.  I was in a semi-good mood until that jump-the-gun card arrived in the mail.  Son of a bitch!