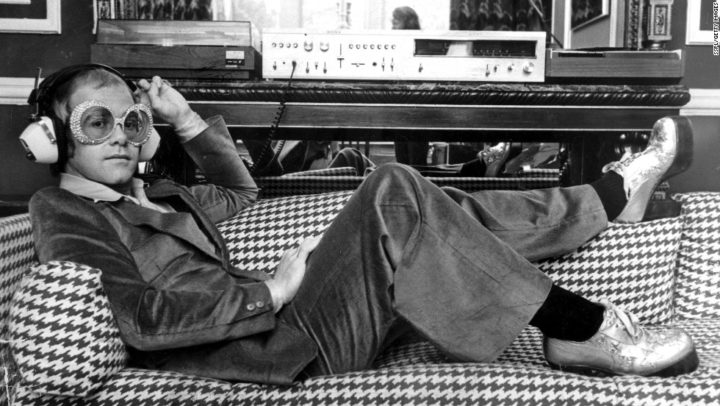 It was an emotional roller coaster for your corpulent correspondent on the day Petty died. When I arrived at work folks were talking about it, and I thought it must be a Facebook hoax. Right? People get sucked into those things all the time, ’cause they’re gullible and douche-infused. So, I did not react… walked to my desk… and began doing some shaky-hand investigatin’. And it was not good news, my friends.

At first they said he’d had a heart attack and was in critical condition. Then he was brain-dead and they were pulling the plug. Then he was all-the-way dead. Then he wasn’t anymore. Then he was gone for good.

The news hit me fairly hard. It was upsetting. The death of Prince was surprising, because he was so young and supposedly clean-living. And Bowie was a shock. But the sudden death of Tom Petty was the hardest to take of all the recent rock deaths. For me, anyway. I realize he was 66, but he seemed perpetually young. And check out the right-on-the-money opening paragraph in this Variety magazine tribute. It’s true. There’s nothing not to like about the man. He was unpretentious, consistently great, and relevant for 40 years.

In any case, I think I might’ve killed him, and feel terrible about it. This is a summary of my 2017 Tom Petty activity:

I launched what I called Project Petty and purchased every one of his studio albums on CD — in order of original release date. I owned a handful of his mid-period albums, from my days at WEA, but had none of the early CDs, or anything that was released after 2002 or so. I owned the early stuff on LP years ago, but never CD. The Project caused me to listen to more Tom Petty music in a tightly-compacted amount of time than during any other period of my life. And it helped me to get reacquainted with this often-overlooked gem. I didn’t realize it a year ago, but it’s one of my favorites.

I read this excellent biography and learned a lot of stuff I didn’t know. Highly recommended.

I watched this four-hour documentary on Netflix, also excellent. So many great scenes… One of the most memorable is when he’s blasting some record company weasel for not respecting Roger McGuinn enough. Tom Petty was a badass. If you haven’t seen the movie, and have an interest, don’t hesitate. It’s really great.

And finally, I went to see Tom Petty and the Heartbreakers perform in Philadelphia, on July 1. Just three months — almost to the day — before his death. Here’s a newspaper review of the show. I’d seen them once before, at the Lakewood Amphitheater in Atlanta. But this time I was fully invested, and far more sober.

So, you see, I’m thinking it might be my fault. Maybe I concentrated too much on Tom Petty this year, and it was like the sun shining through a magnifying glass, and poor Tom was the ant? Or something? …And how’s that for making it all about me? Good stuff. I should be a Facebook star!

Yesterday afternoon I went to the car wash at Sheetz, and was briefly thrown into a crisis situation. It was a warm and sunny day, so the car wash was hopping. I got in line and decided I would go with the $7 option, as soon as I reached the front o’ the queue.

After about fifteen minutes I was up-next, and paid with my debit card. I big redneck pickup truck went into the hurricane box in front of me, and the glass doors closed on both ends. And as I sat there waiting, I could see the guy maneuvering his vehicle even after the washing sequence had begun. Wotta shithead, I thought, but didn’t put too much emotion into it.

Eventually the door on the other end opened, and the truck exited. But the rear door, in front of my hood, stayed closed. What the? Then a receipt came out, saying my $7 had been refunded. And on the screen it now said ‘Car Wash Closed. Come Again.’ There were cars piled up behind me, the door was closed in front of me, and I couldn’t open my driver’s door because I was up against the payment station. I felt a slight twinge of panic. I was trapped, and claustrophobia was starting to kick in.

I picked up my cell phone, and called the Sheetz store. But it just rang and rang and rang. What the hell, man?? Would I have to call 911? Or maybe the Coast Guard? I hoped I wouldn’t snap and start trying to kick the windshield out.

Then, through the glass I could see a blurry lesbian messing around inside the car wash. I honked my horn, but it didn’t appear she’d noticed me. She meandered around, with no sense of urgency, and finally made her way to my window. “What did you do?” she asked, in an accusatory tone. Huh? I didn’t do anything, Chaz Bono. “Well, you’re going to have to wait until it reboots,” she sighed. Like I was being pushy about it. I’d said almost nothing. And car washes boot up? Who knew?

Finally the door opened, and she pointed what looked like a TV remote toward the interior. “I gave you the $12 wash for free,” she said, and walked away. There was no apology, or even a hint of humanity. Except for the freebie, I guess. She was not very friendly. Oh well.

The wash itself was pretty eventful. I’d never gone with such a high-dollar option. All kinds of shit was happening, for a long time. And at the end there was a sustained blast of air so powerful I thought my little car might tip over on its side. It was one hell of an automatic wash.

And today it rained. Pass the beer nuts.

Before I call it a day here, I’d like to know how you listen to music. I have a shelf stereo in the bunker here, but the CD player stopped working years ago. So, I’ve been using an iPod Classic, one of the big 80 gig models. I have a docking station, and run it through the stereo. It’s worked fine forever. But now the iPod is dying. It holds a charge for roughly 30 minutes, and the docking station no longer charges anything. So, I have a shitty situation on my hands.

I’ve been looking at stereos, but they’re few and far between. I was in Best Buy yesterday, and there was an old man employee who walks on a radical tilt harassing me the whole time. So, screw it. It appeared they only had about three or four stereos to choose from, anyway.

So, how do people listen to music in 2017?? The mp3, which destroyed the industry in which I worked for 20 years, is now as out of fashion as the wax cylinder. I can’t keep up! Seriously. Through what kind of apparatus do you listen to music? And it’s all streaming now? I’m very skeptical. We’re at the absolute mercy of a centralized database? What if they decide the Fleshtones or the Hoodoo Gurus are not worthy anymore? I’m just done at that point? Plus, every asshole who pays $9.99 per month has access to the same music library as me? I don’t like that, at all. I’ve spent my entire adult life amassing an amazing collection. Now everybody’s on an even playing field? Fuck that.

How do you listen to music in 2017? I was going on and on about it yesterday, to the point where Toney had had enough and we got into an honest-to-God argument. She says I’m obsessive, and ridiculous. But I need to know, dammit. I signed up for a trial membership with Spotify, and have to admit it’s pretty impressive so far. Almost like the old “every record ever recorded” bit by Robert Klein. We’ll see how it goes.

I need to go now. I’m getting a little off-track with these updates, but will make the necessary adjustments. Sorry about that.