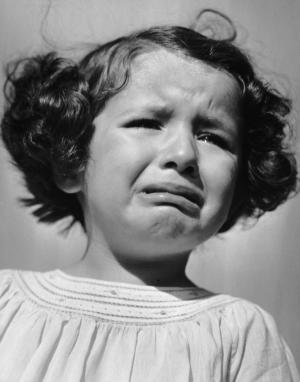 So, yeah. I made a vow to update more often, and really work on this website in October. And the very first week… I missed two days. Who could’ve seen it coming? I’m usually so consistent.

But, I have a good excuse. I was in a management training class on Thursday and Friday, which ran from 7:30 a.m. (ugh) to 4:30 p.m. Breakfast and lunch were brought into the meeting room, and we were purposely kept together as a group, as much as possible. It was to promote bonding and camaraderie, and that sort of thing…

I’m old as shit, and have been kicking around middle-management at various corporations for most of my adult life. So, I’m no stranger to these types of sessions. But this one was more intense than most.

There were about 20 of us in the class, including VPs and General Managers. Also, there were three people from a sister company, whom none of us knew. I’m not sure how I ended up in there, but it was a gang of heavyweights — intelligent, driven people. And me.

And they put us through some excruciating stuff. By the end, we actually were bonded. I was cynical, of course, but it sorta worked. We were like an Army unit that faced battles together, or a jury that had been sequestered for a long time.

I’m not going to go so far as to say it was life-altering, but it definitely wasn’t a waste of time. I’d never spoken to some of the participants, had never even met a few of them, and now there’s a relationship there. Plus, my weaknesses were underlined with a fat-ass red Sharpie. There’s no ambiguity, none whatsoever.

So, there was genuine value in the exercise. But that doesn’t mean I enjoyed all of it. Some of it made my butt cheeks clinch like some kind of industrial machine. And there were a fair amount of activities that veered close to kookery.

Please join me now as I describe a few of the high points, and also the awfulness we endured. And once I’m finished, I hope you guys have some similar tales to tell: corporate training sessions that stick out in your minds for some reason. Do we have a deal? Let’s get to it, then.

Early on the first day we were told to arrange our chairs in a circle, and all of us had to introduce ourselves and tell everyone our positions in the company, etc. This is standard stuff, but there was a twist. At the end of our statements we were supposed to talk about an event in our lives that “defined” us. WTF??

If I was sitting at 12 o’clock, they started at 3 o’clock and began going around the horn, away from me. Some people talked about health scares, and bouts with cancer. I had nothing, and sat there stressing as the grim reaper got closer and closer. Beads of sweat were trickling down the center of my back. When it was finally my turn I talked about how I’d never really left West Virginia until I was 23, and then spent the next 15 years bouncing all over the country, suddenly willing to take chances.

It wasn’t the greatest, but it wasn’t cringe-worthy, either. I’d pulled it off, somehow. Holy shit. I needed a beer, at 8:30 in the morning.

I worked Wednesday night, slept for four hours, and went back for the training session on Thursday morning. I was exhausted, and when they were teaching us how to meditate(?!), I kept falling asleep. Not for extended periods, but I’d catch myself drifting off, again and again. At one point I jerked awake, and nearly farted. There was one in the silo, and it almost launched. During a completely-silent meditation session… in a roomful of executives. It was enough to scare me awake for the rest of the day.

On Thursday we had to choose a partner, shake their hand, and say “I appreciate you because…” Then, when you were finished with all the positives, you were made to say, “And I think you could be even more effective if…” And here came the negatives.

I was with some guy I didn’t really know, and we were just bullshitting each other. I mean, what could we say? We’d barely spoken in the past. But the instructor said, “Do it again, with somebody else!” And again.

Eventually I found myself with someone who told me – in a nice way – that my personality needs some work. “You’re intelligent and talented, but you need to be more dynamic. People see you as stand-offish and distant, even weird.”

Weird?! Wow, that stung. Not because it was a surprise, but because it was something I’ve always been concerned about. It was confirmation of a thing I didn’t want to be true. People think I’m a goddamned weirdo freak. Fantastic.

There were dozens of exercises and games, and most were interesting and fun. And, thankfully, nobody was forced to pontificate in front of the group again. It was all voluntary… until the very end.

During the last hour of the second day, we sat in a circle again (gawd, how I hated the circle!), and each of us had to walk out into the middle, one by one. Then, if anyone wanted to publicly tell you why they appreciate you, they’d raise their hand. You’d choose two, and they’d each stand up, join you in the middle, and say, “Jeff, I appreciate you because…” In front of everyone.

As the instructor was describing what was about to happen, I felt like I might pass out. It was an introvert’s worst nightmare. What the hell, man?! What was the meaning of this crap?! All this appreciation?? I wondered if I could somehow sneak out. This promised to be even more painful than the “what defines you” episode. I was genuinely concerned nobody would raise their hand when I walked out into the spotlight. Or worse, they’d feel sorry for me and feed me some charity compliment (“I like your belt.”). My heart was racing with some kind of primal panic from way down deep.

But it was OK. Both people seemed sincere enough, and it wasn’t the debacle I’d feared. But I was spent, and awash in perspiration by the end of that thing. Everybody claimed to have come to some tough realizations during those two days, and I was certainly there with them (weirdo!).

And so, it wasn’t easy and several times I was forced outside my comfort zone. Some of it was ridiculous, like the meditation and breathing exercises. But, I learned a few things, gained a new perspective on stuff, and have some clearly defined areas where I can work to improve. I assume that was the goal, right?

So, there you are. Have you ever gone through anything like that? Do you have any stories to share about especially memorable corporate training classes, or motivational sessions? If so, please tell us about it in the comments section below.