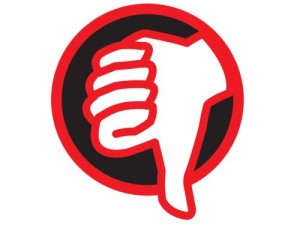 I was off from work last week, and accomplished next to nothing. I had a cold for most of that time, my back ached and I walked around like some 80 year old man with a hump. Plus, everybody was home.

The boys were supposed to be in school until midday on Wednesday, but… you know, it rained on Tuesday. So, they shut down all the schools. I couldn’t believe it. It was raining, and 37 degrees. What kind of bullshit is that?

They did return to class on Wednesday, and the older boy said they watched The Wizard of Oz, with Dark Side of the Moon playing. Then they went home around noon, and won’t return until day after tomorrow. Yes, it’s a rigorous schedule they keep.

I love our kids, of course, but their presence isn’t really conducive to getting things done. Ya know? It’s not their fault, it’s just a fact o’ life. I had an ambitious to-do list, and I’m not even sure what happened to it.

Here’s a quick run-down of my meager accomplishments during an entire week of freedom:

On Tuesday I risked life and limb, and went out in the rain. It was touch and go, I’m telling you. At one point I had to goose my wipers up to the SECOND setting. It was my own personal ‘Nam.

I had to go to the DMV, and get a new driver license. I went near closing time, and nobody was there, almost literally nobody. The old guy who takes the photos was just sitting there, looking like he was barely beating back the drool. My picture was taken, and within two minutes I had my new license.

While I waited some woman said to me, “You men have it so easy.” I have no idea what she was talking about, but gave her a knowing chuckle anyway, and averted my eyes. If she was expecting chit-chat, she was barking up the wrong asshole.

We went out to dinner that night, and it was good. The boys weren’t talking much, but that’s par for the course. When they were in grade school they NEVER stopped talking, and now the pendulum has swung in the other direction. A happy medium would be nice, it really would. But it was a rare glimmer of normalcy in our otherwise abnormal world.

I thought adulthood was going to be like Leave It to Beaver? But Ward didn’t work until 2:00 a.m., six or seven nights a week. Wotta rip-off.

On Wednesday Toney was home, and we went to the mall. I needed some new tennis (pronounced tenna) shoes. My old pair had collapsed fully, and I was wearing an even older pair.

We went to a store called Shoe Dept., and I picked out a pair of New Balance. They were $55, which was pretty good. But Toney suggested we check the other stores, and maybe get a better price. So, I made a note of the model number, or whatever, and we made our way around that demoralizing place.

Remember when malls were OK? There were bookstores, and record stores, and lots of things to look at. There’s nothing for me there, at this point. I don’t give a crap about clothes, and that’s about all there is. A $60 men’s shirt that looks like it was made for Marcia Brady? I’ll be sitting on that bench over there…

But I successfully knocked ten bucks off the price of those shoes. JCPenney had the exact same ones, for $45. So, there you go.

We considered hitting a bar for a pitcher of something good, but it was too early in the day. So, we went to Wegmans instead, and bought a six-pack of Sierra Nevada Celebration. Yes, we’re pretty close to being anarchists.

On Thursday we had our big Thanksgiving meal, and that went OK. The food was good, and the teen sullenness was dialed-back, for some reason. I saw an iPod in the Best Buy newspaper ad that was a really good deal, but it would require me going there on so-called Black Friday. So, funk dat. I’d rather just pay the extra fifty bucks.

Saturday was my birthday, which is nothing to celebrate. In fact, it’s starting to freak me out a little. Toney had to work that day, and I decided to follow through on my threat to make Outrageous Nachos for dinner.

I made a LONG list of ingredients, and the younger boy and I went back to Wegmans. I bought nothing but the fixin’s for my nacho extravaganza, and it cost more than $30. Heh. But I’m telling you… they were spectacular. I don’t have enough time to go into the details right now, but it was an unqualified success. We were in a state of nacho overload, and that ain’t a bad place to be.

I didn’t get much else done. I owe something to Mark Maynard, need to mail some DVDs, and have roughly a scrotezillion emails to answer. Needless to say, I’m shoeing myself in the nuts, figuratively speaking. It’s the circle of life.

And now I need to go to work. If you’re doing your holiday shopping on this stupid-ass Cyber Monday deal, please don’t forget to use my Amazon links. It helps me a great deal, and costs you nothing extra. Thank you. I’ll see you again tomorrow.