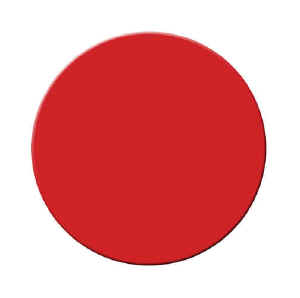 I went through the Burger King drive-thru on my way to work on Tuesday, and bought two cheeseburgers — without pickles, of course, ’cause they’re assy.  I’d eaten lunch at home, around noon, but it didn’t take and I needed a top-off.

The angry woman with hand tattoos, who looks 65 but is probably 39, passed my sack of smoky fat through a window, and a few minutes later I merged onto I-81 with my car smelling incredible.

Once I’d achieved cruising speed, I broke into the burgers, took a bite of one, and promptly dropped it in my lap.  I instinctively tried to jump out of the way, but the ketchup-oozing thing plopped – and suctioned – to my crotch.  Arrrggh!  I howled in protest, drifted from the lane, and started running over those WAKE UP! WAKE UP! WAKE UP! strips along the side of the road.

I got myself pointed in the right direction again, and peeled away the burger.  There was now a large red spot on the front of my jeans, right in the heart of the wiener region. And I was on my way to work!

I wiped off my jeans, and stuffed the ruined napkins into the cup holders on the console.  I was still muttering profanity, but thought the worst was over.  However… I kept getting ketchup on my hands, from God knows where.  Over and over I discovered a fresh load of the stuff on my hands, wrists, and forearms.  WTF??

Turns out there was ketchup on the steering wheel, underneath.  And now I had it smeared all over me, and was sticky to the elbows.  Man, this was really starting to broil my brisket…  This was almost worse than the time I had to take a full roadside sobriety test, because of pickles on my Big Mac.

When I arrived at work I went straight to the bathroom, and tried to perform damage control.  I washed my hands, and took a look at my crotch-dot in the mirror.  It wasn’t as bad as I imagined, but it wasn’t good.  I told my co-workers about it preemptively, instead of allowing them to wonder (and whisper) about the giant stain on the front of my pants.

I’m thinking about buying a baby’s highchair at a yard sale, and building myself an interstate eating surface with the tray.  I’d like to be able to attach it to my upper torso somehow, or maybe have a series of straps that go around the back of my neck and head, and be able to eat an entire meal at 75 mph.  Possibly even spaghetti and meatballs.

What do you think?  Any suggestions on how I could turn this into a reality?

Also, in the comments section, please tell us about the craziest things you’ve witnessed other people doing while driving.  I’ve noticed lots of folks reading newspapers, and hardcover books.  And I’ve seen ’em eating all sorts of things.  Soup even!

So, if you have anything on that subject, please share.

And I need to go to work early today, so I can attend a class on Microsoft Excel.  I’ve been using it for years, and know it pretty well, but they want everyone in management to undergo formal training.  I don’t know… maybe it’ll be valuable?  We’ll see.

I’ll be back tomorrow, right here.