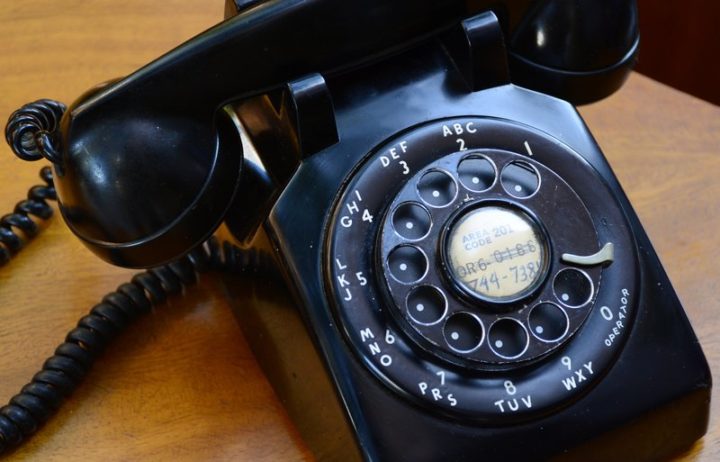 There are multiple videos on YouTube of teenagers attempting to use rotary phones. Like this one, and this one. They’re extremely frustrating, for various reasons. For one thing… have they never seen a TV show or movie from the 1980s or prior? I mean, there are some pretty good ones out there. I understand not knowing what you don’t know. I have many, many things in that category. But you should at least know to pick up the receiver before dialing. Right? That’s the part that gets me.

Also, the cockiness is offputting. The douche is strong in both of those videos. That shirtless guy is annoying, as is the sullen hands-in-pocket backwards hat puffy jacket gentleman in the other one. Not a fan of that level of phony dickhead aloofness.

Of course, the temptation is to mock, and I’m on-board with that. I’m always down for a good mock. But it illustrates something I’ve been repeating, for years, to anyone who will pretend to care: a person of my approximate age has lived in two different worlds. The 1970s and 1980s weren’t that long ago, but it was a wildly different place. Right? It feels like I came of age on the cusp of massive change, and have lived in…. well, two different worlds.

Does everybody feel that way? Probably, right? Somebody born in 1935 would have certainly seen the 1968 Summer of Love as a totally different world. So, I realize my situation is not unique. But when it comes to technology, there was a huge change from the world I lived in when I was 17 and the one I live in now. It feels like that level of upheaval is fairly rare, but what do I know? What are your thoughts on this? Do you have anything?

Also, what 30-year span do you think saw the most societal change? 1985 to 2015 saw a shitload, right? Which other spans saw an inordinate amount o’ change? And how do you feel today compares to your teenage years? Big change? Or not so much?

I need to go now. I just uploaded a new podcast episode. Check it out, wherever you get podcasts. Or here. This is the summary:

In this one I talk about the time I was hired, promoted before I’d even started, and quickly promoted again in a super-bizarre — and highly-awkward — fashion. Craziness! I hope you enjoy it. Thanks for listening!

I’ll see you guys again on Thursday. Last week I called for a better week, but it wasn’t better. It was worse, much worse. So, let’s try it again. Let’s make this one a good week for a change. What do you guys say? Are you with me?