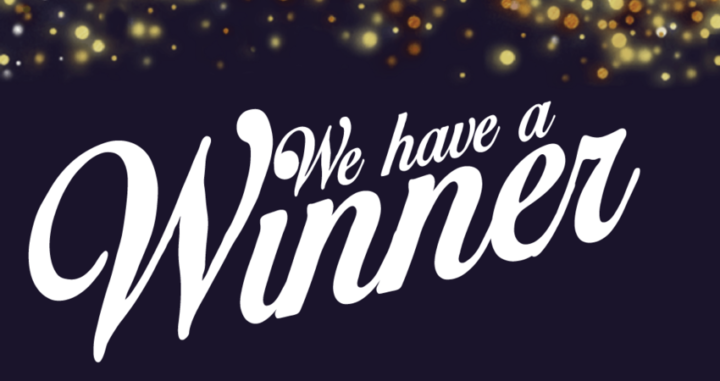 Before we get started with this one, let’s get the formalities out of the way. First of all, I posted a new podcast episode — available to everyone! — at 12:01 AM on Monday. That’s going to be the goal from now on… new episodes will be posted at 12:01. It’s not always possible, but I’m gonna try. Here’s your link, and here’s the summary:

In this one, I share my feelings about adults who insist on making a big deal out of their birthdays, a memorable visit to a Sheetz convenience store, and a cautionary tale I told one of my kids that featured a strange man I worked with years ago. And etc. I hope you enjoy it. Thanks for listening!

It’s available wherever you get podcasts. Oh, there’s wide distribution… So, give it a listen if you’re so inclined. I think I’m making good progress with eradicating “ya know?” from my speech. It’s both harder and easier than I thought it would be. I know that doesn’t seem to make sense, but it’s the truth.

Also, since we’re in the midst of Consumer Season ’18 I need to remind you to please use one of our Amazon links while doing your holiday shopping. There’s one at the bottom of every update, as well as a big ‘un in the right sidebar. Just click through one, and shop as normal. That’s all there is to it. It’ll cost you nothing extra, but a small percentage of whatever you spend will be sent my way. It helps me a great deal, so thank you guys for remembering!

Here are some things I’m enjoying at the moment:

Bosch A show on Amazon Prime. It feels like I mentioned it last time, as well. Oh well. It’s a solid old-fashioned police series with great acting and writing. I’m loving it. Last night I watched the first two shows of Season 3. There’s one more season to go, and Season 5 is supposed to be released in the spring. So, I’m good for a while. They recently committed to a Season 6 too. Good stuff. I also have several of the Bosch books on my Kindle but haven’t gotten around to reading any of them.

Bad Move: A Novel I’ve read a lot of books by Linwood Barclay, and most are probably better than this one. But I like it. He’s become a consistent and accomplished writer of thrillers that remind me of Dean Koontz. You know? Ordinary people suddenly plunged into extraordinary circumstances? But this was Barclay’s first book, and it’s a humor novel. I had no idea. Oh, it features murder and a mystery, and all the normal stuff. But it’s built for laughs. Apparently, he wrote four novels featuring the same main character, and I’ll have to read them all. This one feels like a first novel, which isn’t really a compliment. But it’s certainly not bad. And it’s legitimately funny. I’m a sucker for this kind of thing.

Katrina & The Waves I was, of course, familiar with their big ’80s hit “Walking on Sunshine.” I mean, who isn’t? And I also knew that one of the main guys from The Soft Boys was a member of the band, and actually wrote their big hit. The Soft Boys was Robyn Hitchcock’s band, but Kimberly Rew (a dude, btw), the guitarist, went on to Katrina & The Waves after The Soft Boys broke up. I didn’t know much beyond that. It felt really bizarre to me, though. The Soft Boys were eccentric and weird, and Katrina was so… sunny and upbeat. Anyway, Hitchcock wished Rew a happy birthday yesterday on Instagram and called him one of the greatest songwriters, etc. So, I did some additional investigating, and it turns out Katrina & The Waves were way more interesting than I knew. It was Kimberly Rew’s band, and he wrote most of the songs, including “Going Down To Liverpool” which was covered by the Bangles. I always thought it was a Bangles original. Also, before they were signed to Capitol Records and became one-hit wonders, they recorded two albums for a small independent label. Both are on Spotify and I can’t stop listening to ’em. They’re rocking and fun. Really good stuff. And, once again, I had no idea.

Devil Anse IPA You’ll notice that Beer Advocate rates this beer as “exceptional.” I agree wholeheartedly. My friend Steve goes to West Virginia (the Motherland) frequently, and sometimes brings me gifts. A while back he brought me several single beers that were brewed in West Virginia. Huh, I thought, that’s interesting. But, to tell you the truth, I didn’t have high hopes. I don’t know why, but I didn’t. And my suspicions were right on the money with all but one. None were horrible, they just fell into that giant blobby “eh, it’s alright” category. That’s one big-ass category. But when I tried the Devil Anse I was blown away. Holy shitballs, that thing was fantastic. And it’s only available in West Virginia, and right over the border in Virginia. So, it’s a true regional beer. I have no easy access to it. But… I had lunch with Steve yesterday and he gave me a full case as a birthday present! So I’m back in business for a while. I’m gonna savor and pace myself. I have to make this thing last. Oh yeah.

What are you enjoying right now? If you’ve got something, please share. Use the comments.

And speaking of going down to Liverpool, I entered a contest yesterday that I’d LOVE to win. Check it out. Man, that would be truly kickass. I mean, I occasionally buy a lottery ticket (it’s rare, though) and I’d love to win that, as well. But I know I won’t. You’d have to be an idiot to believe you might actually win the lottery. But I could possibly win this Beatles thing, right? …Hello? Anyway, I got excited when I heard about it, and I’m planning to walk away with the grand prize. Just so you know.

Have you ever won anything? I won a 105-second “record run” back in the 1980s, where I was given 105 seconds to run around a record store and grab as many albums as I could. There were many restrictions, but I still ended up with a large number of free LPs. And I won a $5 gift certificate from McDonald’s when I was in 4th grade or something like that. I called into WKAZ, the local Top 40 station, and recited the “Two all beef patties, special sauce…” thing within five seconds or somesuch. The thing is… that five dollars fed our entire family. All four of us. Ha! Burgers were something like 35 cents back then. Crazy. And I recently won a Replacements promo pack from Rhino Records. The Replacements are one of my favorite bands, and the label gave away a bunch of rare promo-only items. And they drew my name! Hell to the yes.

But I believe that’s been the extent of my “winning.” What about you? Have you ever won anything substantial? Please tell us about it, won’t you?

And I’m calling it a day, my friends. I’ll be returning to work tomorrow, after five days off. Oh, my nipples are exploding with delight.

I’ll see you guys again on Thursday, with a new update and a new podcast episode.