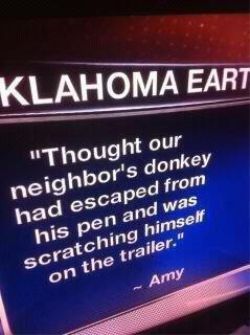 I promised to start sending out a Monday morning email this week, and it’s going to have to be pushed back.  I wrote a lengthy (more than 1000 words) debut, but have decided not to publish it.  At least not now.  I think it would bore some of you, piss-off a few people, and generally do more harm than good.  So, I’m shelving it.

I polished the piece, and worked on it off and on for most of Sunday.  But when I reread it this morning, I realized it sounded like some grouchy old man in a diner, with a fishing hat, and a hunk of egg quivering off his lips.  And I don’t want to send it out to you guys.

So, we’ll start next Monday.  Sorry about that.  These are challenging days, and I need to keep my shit in check.

This morning I downloaded new albums by Tommy Stinson, formerly of the Replacements, and a British guitar band called The Rifles.  I got them both from eMusic, which I continue to enjoy.  And don’t laugh at me, but I have a few credits remaining and am very seriously considering the new Chickenfoot.  I liked their first album; it reminded me of something that would be released in 1978.

Anyway, as I was downloading today, I noticed there is only half a gigabyte of free space left on The Big iPod.  The thing has an 80 gig capacity, and is almost completely maxed-out.  iTunes says there are 18,000 songs on the thing.  Holy crap nodules.

And now I’m going to have to go through it, and weed out the stuff I never play.  When I first started with it, I would add entire catalogs of bands — every album — and that was a tactical error.  For instance, there’s no reason to have EVERY record ever released by the BoDeans on there.  I mean, seriously.  Whenever I listen to them, which isn’t often, I play the first album.  I also like one of their later records, called Go Slow Down.  Other than that… hello DELETE button.

It’s going to be a time-consuming process, but I need to free up some space.  There’s just so much more acquisition left to be done…

Over the weekend I slept ten or eleven hours per night, again.  I don’t know what’s going on with me.  I haven’t had a beer in weeks.  I didn’t officially quit (again), I just have no interest.  Are these signs of depression?  Perhaps.  And for the past few days I’ve been considering re-joining the gym near us.

I went there once before, and it didn’t go well.  Too many wieners out in the open air, and manscaped areas...  There’s only so much a person like me can handle.

But it was a long time ago, so maybe I’m ready to make a serious go of it?  Yeah, probably not.  I have visions of me stopping on my way home from work, at 2:00 a.m., or whatever.  But in reality I’d probably go through the Taco Bell drive-thru more often than hitting the gym at that hour.

And the next night:

I was in a high-level meeting last week, which is unusual since I’m decidedly low-level.  But people were using all the corporate phrases like “speak to” and all that crap.  “Let’s get Rhonda up here so she can speak to that…”  Completely and utterly retarded.

I’ve been out of that world for almost five years now, so I’m not up to date on the new corporate lingo.  Somebody said, “He’s doing a stellar job every day, out there knocking down silos…”  What the hell does that mean??  Knocking down silos?  I have no idea.

Please help bring me up to date…  In the comments section tell us about the fresh corporate-speak you’ve noticed over the past five years or so.  Also, which phrases make you the craziest?  I used to work with a scaly, high blood pressure son of a bitch in California who was a waddling, talking corporate lingo jukebox.  Man, he was a classic.  He both infuriated and amused me.

Help bring me up to date, won’t you?  Use the comments box below.