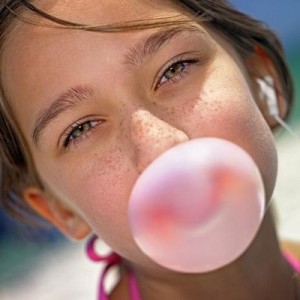 Yesterday we removed all five Soviet humbox window air conditioners, and I carried them to the basement.  All were full of water, because it’s been raining a lot, and by the time it was over I was soaked from the waist down.  At one point it felt like someone was pouring a pitcher of ice water down the front of my pants.

Yes, it was an enjoyable experience.  I also thought I was going to have a full and unabridged heart attack, starting around humbox two.  Three flights of stairs….  It’s a good thing the baby years are over, because I think my “gentlemen” are irreparably damaged.

As soon as this depression is ovah (obscure Waltons reference) we’re going to either a) move to a new house with central air conditioning and a level yard, or b) buy a ductless air conditioning system.  I hate this humbox crap, I really do.

When we first moved here, in 2000, we asked a company to come out and give us a quote on having central air installed.  And it was crazy-expensive, because the ducts aren’t in place.  This house is on three levels, and it’s staggered, etc.  So, it would be an undertaking to have a system installed, and costly, too.

Plus, they’d use up a lot of our closet space.  And — get this — the guy said they wouldn’t be able to “reach” the family room.  So, we’d be paying some ridiculous amount, something like twelve grand, and only part of the house would be air conditioned.  And we’d have ducts in all our closets.

This is the first place I’ve ever lived, since fifth grade, without central air.  And mister, I don’t care for it.

Thanks for all the great comments over the past few days.  I’ve read through most of them, laughed plenty, and will be finishing up later tonight, with beer.  You guys are awesome.

And speaking of the comments, I’d like to get your feedback on the REPLY feature.  I kinda like it, but saw that some of you don’t agree.  I know it’s my website (people are always reminding me of this), but the users of the comments section should have their opinions heard.  So, I’ve set up a small and simple poll here.  Please let me know your thoughts, and I’ll make a decision.

In case you’re completely lost, the REPLY feature lets you comment on a comment, if you know what I mean.  Previously, all new comments appeared at the bottom of the page.  But now you can inject a REPLY to someone else’s comment, and it will appear beneath the original.  It makes it more fun to read, I think, and promotes conversation.  But it also requires readers to scroll more, to find fresh nuggets of sarcasm.

Please give me your opinion, and I’ll proceed accordingly.  I want people to enjoy their visits here, so if it blows, let me know.  I think Johnnie Cochrane was the first to say that…

Steve and I will be traveling to Philadelphia on Wednesday, to see the Eels.  They’re playing at World Cafe Live.  I’ve never been there, and have heard contradictory feedback.  Is it a good place to see a band?  What do you Philly pholk think?

Also, are there any interesting bars in the general vicinity?  You know, a place with some character and more than just Miller Lite and Blue Moon on tap?  If you can help us out, I’d be much obliged.

I’m looking forward to the show.  Last time we saw the Eels it was just E and a guy on drums.  And it was in a church… and they played a documentary as an opening act…  How weird is that?  Why a church??  Truly bizarre.

But this time it will be a full band, and that’s the way it oughta be.  Anyone else going?

For a Question, I’d just like to get your general opinions on chewing gum.  That’s right, gum.  What’s your feelings on it?  Do you chew it?  Does it drive you to the absolute brink when someone pops and chomps the stuff?  Or am I the weird one?

I rarely chew gum, maybe twice a year, and my whole body goes rigid the moment I’ve zeroed in on someone going to town on it.  Once I realize it, I can’t think of anything else.  It’s like it becomes amplified, or something, and drives me completely crazy.

So, there you go.  Tell us about your views on chewing gum.  Use the comments link below.