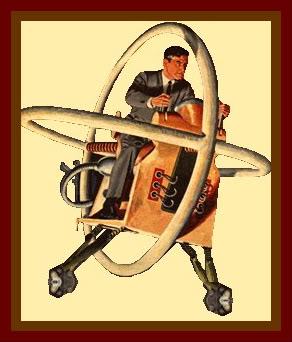 One thing I didn’t consider when I asked to work sixty hours per week at my job:  I wouldn’t have anything new to write about.  I’m not complaining (not really), but I work and sleep nowadays, and very little else.  And there are not a lot of fresh comedic opportunities in such a world, especially since I’ve proclaimed work off-limits.

So, I’ll probably be telling stories from the past, and discussing various what-if scenarios for a while.  Like today…  I’d like to get your thoughts on time travel, and how you’d program a time machine, if you had access to one.

For some reason I have limited interest in seeing the future.  A psychiatrist might be able to explain it, but I can’t.  Oh, I wouldn’t mind checking out future technologies, and the similarities and differences of the 2100 lifestyle, or whatever.  But that’s something that would be far down my time machine to-do list.

No, I’d be all about going backwards.  I’d love to visit certain places during specific periods in the past.  And I’d want to blend in with the general population, and just observe.  A few times and locations that jump immediately to mind:

My hometown of Dunbar, WV, during the late 1940s or early 1950s.  I’d casually walk the streets, and take it all in.  Many of the buildings and houses I know would already be there, in the same setting, but during an era I never saw.  I have a feeling the experience would be so incredibly cool and mind-bending, I might get woozy and go ass-over-tits across a hedge.

The fact that the town is so familiar, would make the difference.  I’d know everything about the place – and nothing.

I’d walk down Twelfth Street, the former business district (back when there was business there), and visit the little shops and diners.  I might stop into one of the pool rooms, and perhaps one (or both) of my grandfathers would be inside drinking five-cent beers.  I don’t know if an actual conversation would rip a hole in the continuum, or whatever, but how great would that be?

I’d stroll along the residential streets, and maybe wave at some of my future elderly neighbors when they were young.  I’d stop and talk with people, and maybe walk through the halls of the old high school.  Man, I’d love to take such a trip…  It would be at the very top of my time travel itinerary.

During my ‘40s visit, I’d take a train to Brooklyn and catch a few Dodgers games at Ebbets Field.  Yankee Stadium would be a definite destination, as well.  Contradictions, be damned.  But, between baseball games, I’d also walk through the city and just absorb it all.  I’d wander into a few of the big department stores, and maybe have a grilled cheese sandwich at some lunch counter somewhere.  I’d love to be there, then.

And, of course, Time and Again makes me want to visit New York during the gaslight era.  If you haven’t read the book, I recommend it.  It’s as close to actually going back in time as I’m likely to ever achieve.  Unfortunately.

London during the 1890s would be cool, as well.  But I don’t have much of a desire to go back further.  The 1700s would probably be too foreign and freaky to handle, what with all the ruffles and wigs and whatnot.  Plus, I have a feeling everyone stunk to high heaven back then.  Ya know?  I bet their pits were fizzing with bacteria.

No, I’d want it to be recent enough so I’d feel somewhat comfortable with the ways of the world.  But far enough in the past so it would still seem exotic and strange.

For some reason I’d also like to take Pantera back in time, and have them play at an outdoor hippie concert during the Summer of Love, or somesuch.  How awesome would that be?  Heh.  They’d probably have to bring in grief counselors.

And those are my time travel dreams.  Do you have any?  Where (and when) would you like to go?  Please tell us about it in the comments.

Also, how difficult do you think it would be to blend-in during an earlier era?  What do you think would get you busted (and possibly burned as a witch)?  Cultural references?  Contemporary slang?  Your iPhone with the Benny Hill Show theme alert?  How long do you think you could maintain the charade, before 1940s eyebrows started being raised in suspicion?

And are you a back-in-time, or a forward-in-time kind of guy or gal?  Any idea why?  Help me out with that one, won’t you?

Yes, my friends, these are the kinds of updates you’ll probably be getting from me for a while.  I hope they’re not too painful.