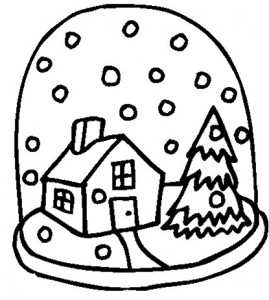 I white-knuckled it home last night, after work.  We didn’t get an enormous amount of snow, and the roads have now been cleared, but it was still a little… dynamic at 1:30 am.  A couple of times my car became a free agent, and did its own thing for a few seconds.  And I’m not a fan.

I also have a cold, probably picked up from one of our house guests, quite possibly of the translucent variety.  There was a full spread of cookies and stuff on the dining room table for the past few days, and everybody was dropping their booger-hooks in there.  Now my throat is sore, and my nose is sloughing off clear liquids.  Grrr…

I hope everyone had a nice holiday.  Both our boys received the main gifts they were hoping for, and seem happy.  So, I’m happy.

The older Secret got an acoustic guitar, and plans to learn how to play in 2011.  He already plays the bass really well, and will master the guitar, too.  I don’t know where he gets his musical (and swimming) talents, but he’s pretty damn good.  This morning I heard him playing “Blackbird” by the Beatles, and it was almost perfect.  Forty-eight hours later.

And the younger boy received a 160 gigabyte iPod Classic, and fancy-ass docking station/stereo.  He’s going to be a “record” collector, just like I was/am.  He’ll have a good time building a portable collection on that thing, and has full access to the massive Surf Report sound library.

Toney and I are going to sneak away on Thursday, and have lunch and microbrews at the Beer Snob Tavern inside Cooper’s in Scranton.  That’s our gift to each other, and if we can pull it off without Sunny finding out (and wanting to tag along) it’ll be a good time.

You guys have also provided me with quite a large balance at Amazon (four figures!), thanks to your purchases this month.  I won’t have access to it until February, but I’ll be purchasing my Kindle then.  Thanks for the support, as always, and I hope you’ll continue to use our links in 2011.  I’ll probably remind you every once in a while…  Ahem.

The wind is howling outside, and it’s freaking cold in here.  Sunshine probably has one of the windows open, and that’s not a joke.  Good god… how am I going to make it another week?

I know this one is abbreviated, but Surf Report VIPs will know the reason.  In the comments section below, please bring us up to date on your Christmas 2010.  Any good stories to tell?  What were the most successful/memorable gifts?  Did anyone get drunk (to celebrate the birth of our Lord) and fall through a sliding glass door?

Please tell us all about it, and I’ll try to write more words tomorrow.