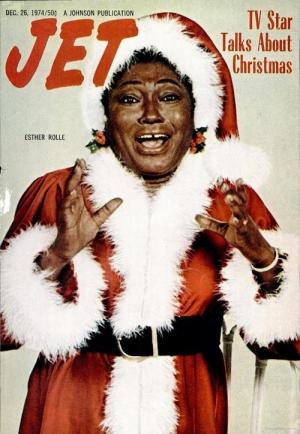 I worked until 7:30 on Christmas Eve, and when I got home there was a full spread of food on the dining room table, and Sierra Nevada Celebration in the fridge. Everybody was in a reasonably good mood, and it was nice: the four of us together, and Andy (The Snout of Truth) begging for whatever food happened to be in play. You know, the way the universe intended it to be.

Toney and the boys turned in around 12:30, and I stayed up for another hour or so. Then, at 5 a.m., the younger boy was shaking me awake.

Oh yeah, that’s right. I looked at the clock.

He thought that was funny, although I wasn’t really joking. I’d been asleep about three hours, and my brain was expanding and contracting inside its housing. But I dragged my big doughy ass out of bed, and joined everyone in the living room.

The boys opened all their stuff, I started mainlining coffee, and still couldn’t wake up. Around 7:30 I called my parents, spoke to them for a little while, then considered going back to bed. But I thought I’d better help the younger youngling set up his new stereo first. It would be cruel to make him wait until I had my Nossy-nap.

There was a perfect shelf in the garage, and I went and grabbed it. It was filthy, so the two of us cleaned it up. Then we carried it to his room, and hooked up his new receiver, turntable, and speakers. We tested it out with one of my old CCR albums, and it sounded fantastic. Success! And I could tell he loved it, which made me feel happy.

Now I was free to go back to bed, which I did: for four hours.

When I got up I felt a million times better, and we all just hung out like lazy sacks for the rest of the day — grazing continuously. I did a little work on my so-called book in the afternoon, and it was a nice, stress-free day.

The older boy got a fancy new smartphone, which is crazy-fast. I like my Droid Bionic, but it’s almost two years old. The speed has clearly improved in that time. I can upgrade in March, and I’m looking forward to it. Now that I’ve seen it, I crave the crazy-fast.

Nothing too spectacular happened, but it was actual family time — without the arguing, complaining, and impossible schedules. The younger hooligan was blasting my old albums all day — including Raw Power, again and again. He’s loving it, and it makes me feel good in my soul.

How was your day? Please tell us about it in the comments, and also assign it a letter grade if you’d like.

I have to return to work today, so it’s all about to come crashing down — this illusion of calm. I have real “issues” there, but don’t want to bum anyone out. I’ll whine about it at a later date.

If you’re still buying stuff from Amazon, please remember to use our links. We’re within striking distance of the best December yet, and I’d love to break the record. So, please don’t forget. It’s just a couple of extra clicks, and makes a HUGE difference.

And remember those t-shirts from a million years ago? They will finally be in the works next week. Unless there are further problems, which I don’t foresee. I apologize for this debacle, and could make excuses, but won’t. Needless to say, however, these will be the last shirts I ever offer. It’s been a goddamn nightmare. Thank you guys for being so patient.