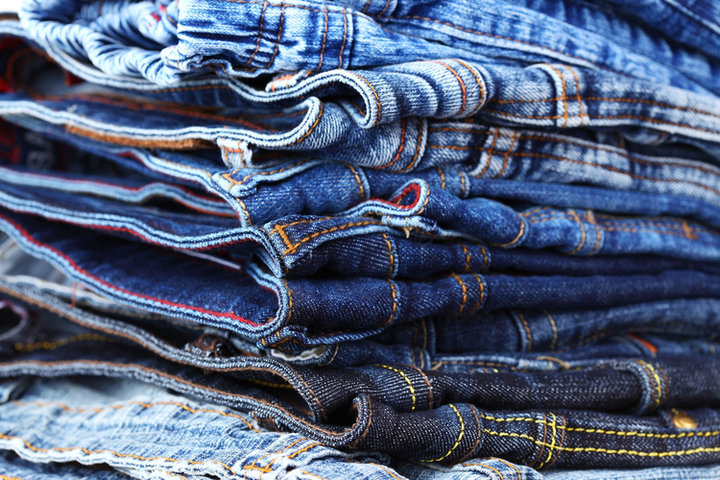 In all my adult life I’ve never really had to “dress up” for work. I spent more than 20 years in the music industry where even the bigshots arrived at the office in cargo shorts and Hawaiian shirts, or whatever the hell. It was a situation where a person would be publicly mocked if they wore khakis and a button-down shirt to work. Oh, there would be ridicule, my friends.

My current situation is similar. Jeans and a reasonable shirt and shoes is the way we roll there. So, despite working in offices for large corporations since the beginning of time, I’ve somehow managed to dodge the fancy-pants bullet. Pretty cool, huh?

However… a guy said something a few nights ago that caused me to doubt myself. He said he owns about 60 pairs of jeans, and rotates through them. Meaning, he wears ’em in a specific order somehow. I don’t know if he has a schematic, or possibly a complicated Excel spreadsheet with pivot table? He didn’t elaborate, and it doesn’t really matter. The part that caught my attention was 60 pairs of jeans. Holy shitbubble! Is that normal?? ‘Cause if it is, I’m doing it radically wrong.

I have four pairs of wearable jeans at the moment. I probably should buy one more, to cover an entire workweek, but that’s a different subject for a different day. I’m nowhere near 60, and feel mildly unsure of myself now. Should I be closer to 60? If so, where would I keep them? We might have to add on to the house. And I don’t wear my pants in a specific order, either. Am I a barbarian?

How many pairs of wearable jeans do you own? I’m not talking about the ones that no longer fit or have the entire ass blown out of them. I have many that fall into that category. In fact, I have a couple of pairs that exploded in the ass region, and a large swath of denim just disappeared. It’s gone! What the hell, man?

In any case, I’d like to know how many usable pairs of jeans you currently own. Please use the comments section to hopefully make me feel better. And… if you’re forced to fancy-pants it at work, how many of those do you own? More would be required, I know. But how many more? Please bring us up to date on it.

I remember years ago I was reading a zine and the author listed the approximate number of pants, shirts, shoes, underwear and socks he owned. (Zines were awesome.) Everything seemed reasonable, except the underwear and socks. I think he said he had 50 pairs of underwear in current rotation, and something like 100 pairs of socks. Both numbers seemed shockingly high to me. And, once again, I felt like I must be doing it all wrong.

I do currently own an inordinate amount of underwear, but only because I experienced an aging-related crisis in that department and had to go on a frantic search for a better solution. But I don’t want to get into that right now. It’s nearly lunch time, and nobody needs their appetite destroyed.

Speaking of shoes, I noticed Toney putting on her sneakers this morning, and gasped. She actually put on her left sock, then her left shoe. Followed by the right sock, and the right shoe. How is this possible?? I’m strictly a left sock, right sock, left shoe, right shoe kind of guy. It has to go in that order. I asked if she at least does it left foot first, and she said no. The order doesn’t matter, she claims. Wow! We’ve been together for 25 years, and I’m still learning. I had no idea my wife subscribes to full-on footwear anarchy. Do you have anything on this? I’m amazed. Both shocked and amazed.

And I’m calling it a day, boys and girls. I hope you guys have a great weekend.