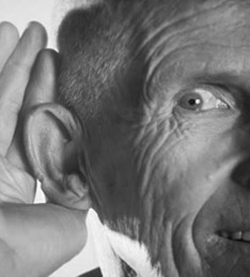 We had lunch at a Chinese restaurant on Saturday, where I was eavesdropping on a conversation between two people I couldn’t see.

I hadn’t paid them any attention when we walked in, because I was fixated on egg rolls and the terrible music that was playing a little too loudly in the place. It sounded like a woman gargling Listerine over a European technobeat. And what the hell, man?

My back was to this couple, in a position that made it impossible for me to sneak a glance. But I could tell it was a guy and a girl, both young (possibly teenagers), and the dude was a fully-realized homosexual.

He did most of the talking, and sounded like a complete gay stereotype. If an actor portrayed a person in this way it would be called cartoonish, over-the-top, and shockingly offensive. I mean, the guy was lisping and mincing and just gaying it up.

Intrigued, I allowed myself to get drawn into their back-and-forth. I heard him tell the girl about an attempted “power grab” on the prom committee (I swear it’s true), and how his mother and father, while great, don’t truly “get” him.

The girl mostly just sat there and said “yeah” and “uh huh” as the boy went on and on with all manner of Oprah-style confessions. While I was finishing my egg drop soup he told her he’d watched Marley and Me, and “couldn’t stop crying for days.”

Toney, who wasn’t paying attention to the nearby conversation, noticed I was listening, and said, “Do you think those two are on a date, or what? They seem like an odd pair.”

“Stop and listen to him for a second.”

So she cocked (if you’ll excuse the expression) her ear in his direction, and said, “Oh, yeah. That’s not a date.”

I told her I hadn’t seen the couple, which was the absolute truth, but wanted to try to describe them to her. Toney agreed to play along, so I paused dramatically, as if taking one final reading of the situation.

“OK, he’s thin and well-dressed. He probably has product in his hair, and is wearing a large silver ring,” I said.

And it turns out I was way off. He was more of a punk/glam kind of a guy. Something along the lines of a cleaner-looking Perry Ferrell, if you can believe it.

Disappointed, I moved on to the girl. “She’s chubby, dressed mostly in black, and is carrying a messenger bag with buttons all over it.”

Bingo! I hit it out of the park. She was exactly as I’d guessed, which made me feel a little better…

Sometimes I worry that I’m losing my jumping-to-conclusions abilities, by living in a place where most people are the same. I need to spend a few weeks in Atlanta, for a tune-up. I really do.

I have two not-so-great Questions for you today. Yes, two. I’m compensating, like a Corvette driver.

I’d like to know what you regularly buy online, and from what companies. I buy CDs, mp3s, and books, and that’s about it. I use Amazon, half dotcom, secondspin, and eMusic. What about you?

Also, what laws have you broken today? I haven’t been out of the house, so I don’t think I’ve done anything wrong yet. But I fully intend to exceed the speed limit on my way to work. Oh wait! I did listen to a Guadalcanal Diary album this morning, which was obtained through questionable means.

I think most people break laws all the time, if you want to get overly technical about it. So, what crimes have you committed recently? Use the comments to confess.

And finally, let’s try something a little different… The fax number to the Surf Report bunker is 570 585 6856. How about drawing me a picture of your boss, and faxing it to me? I’ll keep your identity secret, and share it with the readers.

Or, if you don’t feel comfortable doing that, just send me something interesting, and I’ll post the best ones at the site later in the week.

And that’s all I have for today, boys and girls.