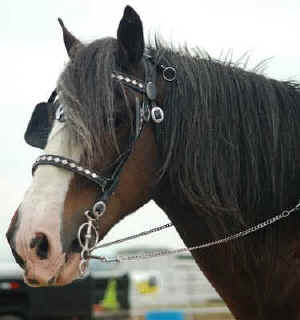 Toney wrapped presents yesterday, and put them underneath the tree.  So, it’s starting to feel a little more like Christmas around here.  Not much more, but a little.

It’s all about the kids, of course.  Toney and I haven’t given each other a Christmas present in years.  It’s not something we planned, it just happened.  All our efforts (and dollars) go toward making the holidays enjoyable for the younglings.  If they’re happy on Christmas morning, we’re happy.  And that’s the troof.  I’m pretty sure they’ll be happy…

It’s almost time to bust out my favorite non-Christmas Christmas album:  Rock of the Westies by Elton John.  Apparently I received that record for Christmas one year, back when dinosaurs roamed the Earth, and it’s been forever associated with the holidays in my mind.

I also really like it.  It was Elton’s final 1970s rock album, before he descended into disco and show tunes, and sashaying around in a straw hat amongst aerobics teachers and unmuted faggotry.

Am I the weird one, or do you have a non-Christmas Christmas album too?  If so, please tell us about it.

All my life I’ve loved listening to the radio, even more than watching TV.  When I was a kid my grandparents gave me a little transistor, and I was glued to that thing.  I listened to Top 40 on WKAZ in Charleston, and Super Duper Charlie Cooper, their most popular DJ.  I waited in anticipation for the next playing of such classic tunes as “Little Willy” by Sweet, and “Life is a Rock (But the Radio Rolled Me)” by Reunion.

And when I started my illustrious career as a toll collector at the Dunbar Toll Bridge, I began listening to the old Larry King overnight show.  I know he’s a crusty ol’ suspender-monkey at this point, but his radio program was fantastic.  He never screened a call, so kooks and crazies of all description made it straight to air.  And you could actually HEAR Larry smoking during the show.  It was great.

I was also a big fan of American Top 40 with Casey Kasem, and, of course, Cincinnati Reds games on WCHS.  I listened to a metric shitload of radio growing up, and even now I prefer it to TV.  After Toney and the boys go to bed at night, I almost always turn off the television, go into the bunker, and start listening to a radio show.  My iPod is also loaded up with the stuff.

Among others things, I like Clive Bull, old Jean Shepherd programs, Phil Hendrie, old time radio programs like Suspense and Yours Truly, Johnny Dollar — and Coast to Coast AM with George Noory.

And man, Coast to Coast has been paying big dividends lately…

A few nights ago they featured a man known as Jason the Horse, who claims to be a draft horse trapped in a man’s body.  Here’s a description, at their website.  The guy seemed totally and completely sincere, and (if you can believe it) didn’t come across as a nutcase.  Needless to say, I was hanging on his every neigh.

Also, on the following night (I think), a man called into the show and told the fill-in host about the “vampire bears” running loose in a certain part of Canada.  He had a name for the bears, which I can’t now remember, and he was also completely serious.  He swore that these vampire bears were attacking people in the woods, sucking the blood out of them, and leaving nothing but a lifeless husk on the forest floor.

Heh.  And you wonder why I prefer this stuff to Dancing with the Stars, or A Man Eats Large Sandwiches, or whatever?

Another interesting moment happened during a rebroadcast of an old Art Bell show, from 1999.  Bell was the original host of Coast to Coast, and is a broadcasting legend.  Sometimes they play his old programs as Coast to Coast: Somewhere in Time.

This one was from November 1999, I believe, and one of the callers claimed that humanity had reached its limit.  Everything that can be invented, he claimed, has been invented.  And nothing surprises us anymore, we’ve freakin’ seen it all.  Art disagreed with the guy, but he was not to be persuaded.

And I’d like to make that the Question of the Day…  In the comments section let’s create a list of all the amazing things that weren’t around in November, 1999, like iPods, personal GPS devices, etc.  Heck, even Google!  Also, the stuff that’s shocked or surprised us during the past eleven years or so.

The dude was talking straight out of his ass, and I think we can prove it.

And that’s gonna do it for today.  I’ll be back tomorrow, even though I’m struggling greatly.  Do you ever feel like you’re just one aggravating episode away from flipping out completely?  Yeah, me too.