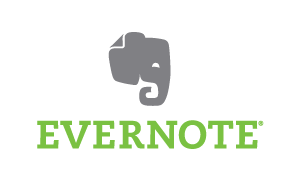 They’re going to have a health screening at work next month, and we were talking about it at lunch a few nights ago.  I joked that after they take your blood, and weigh you and everything, they make you step behind a curtain and undergo a prostate exam.

Some guy, who works in the warehouse, thought I was serious, and had a look of horror on his face.  Somebody else, who realized I was joking, said, “I hope they lube-up, at least?’  And I said, “Depends on your rate.”

The warehouse employees are rated — number of scans per hour — and the guy was about to shit.  It was hilarious.  I love the idea of them saying, “I’m sorry, but you’re not making rate.  We’re going to have to go in dry.”  Heh.

I completed my big 18 Day marathon last night:  187 hours in 18 days.  I wasn’t very easy to deal with during those final 4 days or so, but didn’t do anything to get me called into the small room.  At least I don’t think I did; there could be one of those “close the door and have a seat” meetings next week.  We’ll just have to see how it goes.

Today I didn’t set my alarm, and slept until 1:09 p.m.  Crazy.  I usually try to get up around 9:30 in the morning.  But I feel pretty good.  My body is aching, but I feel rested and ready to enjoy the weekend.

Toney put something in the Crockpot before she left for work this morning, and it smells freaking amazing.  Pot roast?  I think so.  Also, she bought a six-pack of Dogfish Head 60 Minute Ale.  She knows me, and the way I like to celebrate:  beer ‘n’ beef.

During the last 18 days I’ve been disengaged, but decided I didn’t want that stretch to go completely to waste.  I knew I wouldn’t be doing much writing, on account of the scrambled brains and whatnot, so I made a vow to do a little learnin’.

I chose Evernote, which is an organizational tool that I’ve been using for more than a year.  I love it, but felt like I was only using about 10% of its potential.  It’s one of those programs that do a million tiny things, and there’s a learning curve which I normally don’t have time for.

So, I downloaded this book, and read it via the Kindle app on my phone, whenever I had a few moments free.  And now I’m probably using 50% of the program’s potential, and it’s so freaking cool.

I have various lists created, where I can jot down ideas, and note the things I need to do.  I also send emails there, which I need to answer.  Plus, there’s a tool that allows you to snag articles off the internet, and automatically drop them into your Evernote — in case you want to keep them for reference, or read later.

It’s a fantastic program, and completely free.  There’s so much great shit out there, for no money.  When I was kid everything seemed to cost a fortune, but now a lot of wonderful stuff is cheap, or totally free.  Dropbox falls into the same category.  This stuff kicks ass.

Evernote is more than just an app, but the app is a big part of it.  I’d have to say it’s my current favorite thing on my phone.  What are you favorite apps?  Tell us about it, won’t you?  I’m especially interested in the not-so-well-known stuff.

And I’m going to go now.  Tomorrow I’m going to attempt some “comedy.”  You know, one of those updates where I spend 6 hours writing, and 12 people leave comments:  three of which are “first!”  Good stuff.