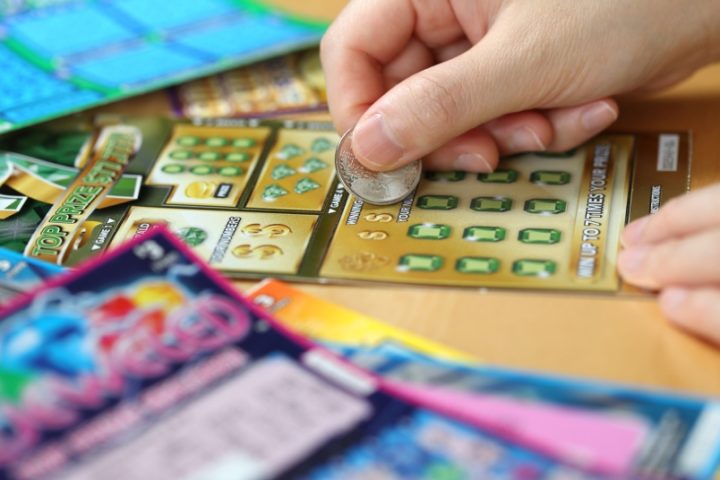 I haven’t but I’m not much of a gambler. I get no joy from it, only stress and regret. And where’s the fun in that? But I’m fixin’ to embark on a year-long gambling extravaganza.

I was talking to my dad a few days ago, you see, and we were discussing the recent billion dollar lottery jackpot. And he reminded me that a friend of his often proclaims the $10 scratch off ticket as the “best bet in all of gambling.” I’ve heard him say that before, and find it interesting. Sure, it sounds like the kind of standard bullshit you hear blowhards say all the time. But this guy is no blowhard, and he definitely knows a thing or two about what he’s talking about. I still don’t fully believe him, mind you, but he’s not just some mouthy asshole trying to act like a big shot. So…. I’ve decided to test it out. The best I can, anyway. Over the weekend I started the $10 Scratch Off Project. The way it works: every weekend I’ll buy one (and only one) $10 scratch off ticket, and on Mondays add the results to the tracker. I plan to do this for a year, and see where we stand at the end. I know it will be $520 out, but it will interesting to see how much comes back in. It won’t tell us if it’s the absolute “best bet,” but we should definitely know if it’s a good one. I think it will be fun.

I never buy scratch offs and rarely play the Powerball, and that sort of thing. I mean, I generally spend $10 per year on gambling, not $10 per week. So it makes me a little uneasy. It feels like flushing cash down the ol’ poop catcher. Heck, when Toney and I were in Las Vegas a couple of years ago I spent zero dollars on gambling. And we were there for more than a week. It’s just not my thing. But I’m doing it for the project! I think it will be interesting. I just hope it doesn’t flip some switch inside me and I become a degenerate gambler, like that guy who owned the sporting goods store on The Sopranos. That poor bastard ended up hanging himself! I’m leery of the demons lurking inside me. Wish me luck.

What’s your relationship with gambling? What’s the most you’ve ever won? What’s the most anyone you know has ever won? I used to talk to a guy on the phone at one of my other jobs. He worked at a CD pressing plant in California, and hit a multi-million dollar jackpot. That guy quit instantly and I never spoke with him again; he was out of there like shit through a goose. And who can blame him? And the guy my dad knows? Yeah, he’s hit two(!) $250,000 jackpots, and many smaller ones. Craziness. What do you have on this one? Please share in the comments.

This is a quickie, but I need to go to work. It’s snowing out there, so it might turn into one of those sphincter-clampers. OMG… I’m so sick of all this crap. The snow, the ice, the biting wind… I think I’m right on the verge of adjusting my official ranking o’ the seasons. More on that in a future update. Maybe.

Before I go I’d like to invite you to give the new podcast episode a listen. Right here. I think it’s a pretty good one.

And don’t give up on the previous website update. The comments were continuing on that one.