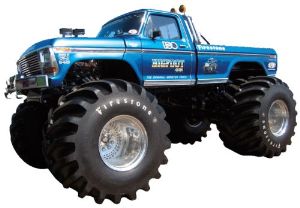 Many years ago, in a land faraway, I sat in silence as two dubious characters concocted a felony that I didn’t want to know about. The planning went on for a week, and they both spoke freely and openly, with me sitting right there.

It made me feel uncomfortable on many levels.  For one thing, both guys were a little scary.  They liked me, for some reason, but I knew that situation could change in the blink of a black eye.  And now that I knew the details of their criminal endeavor… what would I do if it went bad, and the cops came sniffing around?

If I folded like a lawnchair, as I feared I might, and told the cops everything I knew… I could end up as a rotting corpse in a strip mine.  But, on the other hand, if I withheld evidence I could be charged as an accessory.  And this wasn’t just some petty delinquency, like I was accustomed to.  No, this was “go to prison” shit.  Just knowing about it was a burden.

It happened more than twenty-five years ago, and I can’t remember either of their names, so it’s probably safe to tell the tale now.  Right?  I sure hope so.

I don’t want to over-dramatize it.  They weren’t planning a murder, or anything like that.  It was just a little light auto theft, and insurance fraud…  Oh, and there was supposed to be a fire, too.  Shit, I’m getting stressed just thinking about it.  What the hell, man?  My general line of work was vandalism and miscellaneous asshattery.  This wasn’t the crime of the century, but it was WAAAY outside my comfort zone.

One of the guys was a co-worker, who owned a ludicrous pickup truck with tires that were probably meant for some kind of military vehicle, or perhaps something used by NASA.  The truck was so tall it almost required a stepladder to get inside.  The thing was also tricked-out with loads of redneck add-ons and accessories, including a Confederate flag window tinting, or somesuch.  Needless to say, the horn played “Dixie.”

This guy was always friendly with me, but was a criminal, straight-up.  I knew, instinctively, that it was best to stay on his good side.  Most of us have a line we’ll never cross, but this dude was unencumbered by such inconveniences.

The other perp was a customer of the store where we worked.  He also had a ridiculous pickup that was lifted high off the ground.  But his was actually kind of new, and expensive-looking.  My co-worker’s truck was a Frankenstein monster of stolen parts, and junkyard finds.  Not so, the customer’s.  His looked like it probably cost thirty or forty grand — during the 1980s, when that was an unthinkable amount for a vehicle.

Unfortunately, the customer was having a difficult time making the payments on his expensive hideousness, and was looking to unload it.  He had FOR SALE signs posted in the windows, but anyone who might be interested in such a vehicle was in 7th grade, or made $14,000 per year cleaning carpet.

So… you can see where this is going.  The two guys came to an agreement (with me sitting five feet away).  The co-worker coveted all those kick-ass Frankenstein parts, and the customer loved the thought of a big insurance check, and no monthly payments.

And they did it.  The customer gave the co-worker a key, told him where the truck would be parked, and the thing was “stolen.”  The co-worker took it out in the woods somewhere, stripped it, and torched the bastard.  He took the seats out of it, the stereo system, the super-expensive fog lights, etc.  Then he set it on fire.

I couldn’t believe it.  Even while they were in the final stages of their planning sessions, I assumed cooler heads would prevail.  But they went through with it.  And I knew it was only a matter of time before I was sitting inside “the box,” being questioned by a cop who plays by his own set of rules.  Shit!

But, as far as I know, they got away with it.  I was never dragged into it, thankfully.  Oh, the co-worker went to prison, alright…  But it was the result of some subsequent adventure, a few years later.

And for a Question, I’d like to read your stories about a situation where you knew something you wish you didn’t.  Something that caused you to carry it around like a hundred pound weight on your shoulders…  It doesn’t have to be criminal, necessarily.  It can be a friend cheating on their spouse, or one of a million other things.

Please use the comments link below.  And I’ll see you guys again tomorrow.