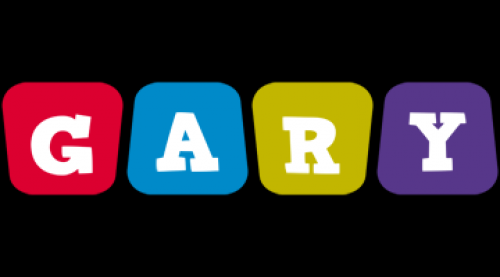 Have you ever known a Gary? If so, please tell us about him. We’ve done roundups of Kevins and Donnas, and now it’s time for the Garys! Can you feel the excitement in the air? Hell yeah.

Two Garys jump immediately to my mind. One was a friend in high school. His given name was Gary, but his nickname was Ed. Weird, huh? I think his brother started calling him that when they were little, because he supposedly looked like Eddie Munster. By the time I knew him, he was Ed, full-time. Anyway, he was a good drinking buddy for a few years, and disappeared somewhere along the line. I saw him at the 10 year high school reunion, and after that… nobody really knows what happened to him. I don’t know of anyone who has been in contact with him. It’s strange. He’s not on Facebook or Twitter, and just kinda went off the grid.

I also had a roommate named Gary. This was in Greensboro, and he was the only non-brother, non-girlfriend roommate I ever had. He was a bit red around the neck, but a good guy. We got along well, and laughed our asses off. We went our separate ways when he married his girlfriend, from back home in West Virginia. They had two kids, and stayed in North Carolina. And a few years ago he had some kind of chest cold, and kept coughing and coughing and coughing. People told him he should go to the doctor, but he said he’d be fine. Then he launched into yet another coughing jag, and had a fatal heart attack. It was weird, and tragic. He was one of the good ones, and had a great family. Horrible.

Now it’s your turn. Tell us about the Garys you’ve known. Use the comments link below.