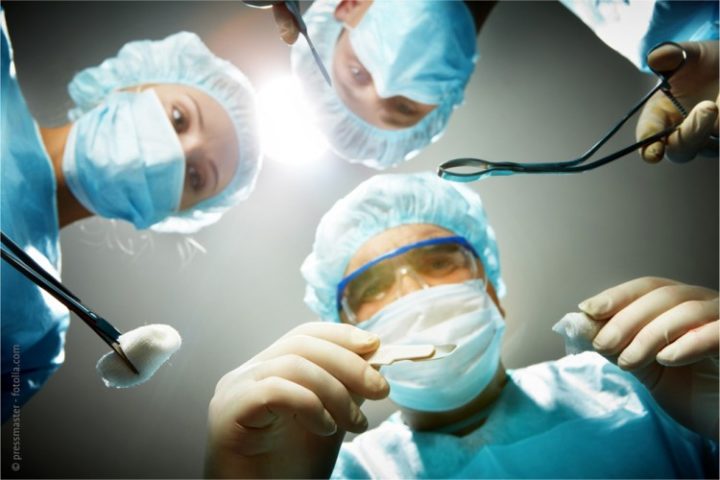 Yesterday I was talking to a guy who’s about to have some kind of crazy back surgery. He explained it to me, and it sounded terrifying.  They’re going to remove one disc… fuse two others together… take his spine all the way out and twirl and toss it in the air like a baton. I might have some of the details wrong, but it was definitely no simple outpatient procedure.

“Nah. There’s nothing to be nervous about. I’m in good hands,” he answered.

“Have you ever had surgery before?” I said, believing he must be an old pro to have such a cavalier attitude.

What the? There’s a chance he was just putting on a brave face, like some people other than me feel compelled to do from time to time. But he certainly didn’t act like it. He seemed to be genuinely chill about the whole thing. And how?

There’s nothing to be nervous about?? Are you fucking kidding me?

Let’s start with the anesthesia. What if you have some kind of allergic reaction to it, or there’s a malfunction of some sort? They could roll in a healthy man with a backache, and 40 minutes later have a flipped-over cadaver on their hands. That shit happens thousands of times per day. At least in my mind, it does.

Also, the doctor could be having an off day. Maybe he stayed up too late binge-watching Sunny. Or perhaps his mind is on an upcoming sex-tourism trip he has scheduled to the Orient. So, he’s not fully concentrating, and he accidentally snips something vital… The next thing you know, you’re strapped to an electric wheelchair for the rest of your life, navigating by blowing through a straw, or whatever.

Or what about those raging runaway infections that people get in hospitals? They make the incision, and within three hours your temperature is fluctuating between 109 and 112. And the hallucinations are so intense you cross over the sanity threshold, never to return. Even if you survive the ordeal, you spend the rest of your days in an asylum, repeating a series of numbers and rocking backward and forward. Nothing else.

So, don’t tell me there’s nothing to be nervous about. I think I need to have a conversation with that young man.

Thankfully I’ve never had surgery. In fact, I’ve never even spent a night in a hospital. I’m sure my time will come, and I’ll be freaking out, man. You can put that one in the DEFINITE column. I’m scared of all things medical, always assume the worst, and have a pretty good imagination. Not a good combination, my friends.

Have you had a major surgery? I’m not talking about wart removal, although I’d be shitting myself over that, as well. During the lead-up to it, were you more like the guy I spoke with? Or were you more like me? Please tell us about it in the comments.

And I need to go to work now.