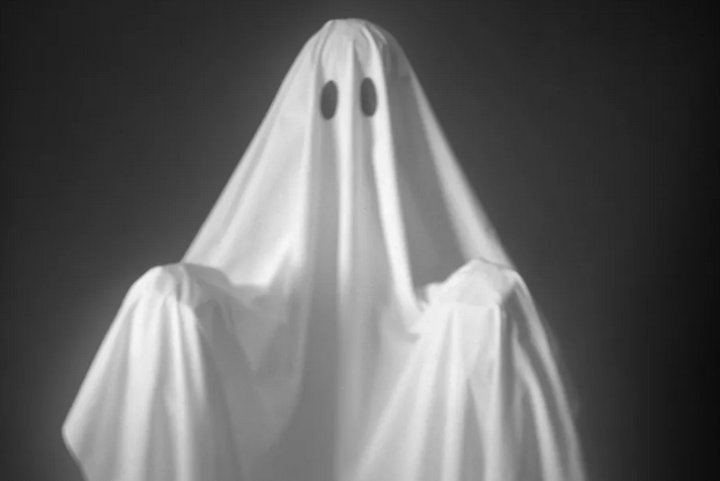 Sadly, I have not. I’ve been scared plenty of times, because I’m kind of a pussy, but have never experienced anything unexplainable.

Toney tells a story from when she was young and the entire family briefly moved to a farmhouse in Montana (I think). Please keep in mind that her mother is fully insane, and it’s hard to know why, exactly, they moved there. Toney says it was for a very short amount of time, maybe a month or less. And one night she woke up and saw an old woman, dressed like people in old photographs, ironing clothes. This scared her, of course, and she just pretended to be asleep. The next morning someone else in the family (can’t remember who) mentioned a weird dream they’d had about the same woman.

I have nothing like this. I do have a memory of a loud and brash woman wearing an outlandish hat, and over-the-top lipstick. I’ve asked my mother about it, but she has no idea what I’m talking about. I don’t have any reason to believe the woman was a ghost, but she’s mysterious. I have snippets of random memories from when I was very young, and that was one of them. There’s another when a little girl and I were drawing on a sidewalk with chalk, and some angry woman yelled at us for it. My mother remembers that episode, and finds it hard to believe I can remember it, because I was so young. But it’s not a story anyone had ever told. Why would they? As stories go, that one is pretty lame.

But I’ve never seen a ghost or a UFO or a bigfoot, or anything of the sort. I feel kinda left out, if you want to know the truth. I monkeyed around with a Ouija board as a kid, but apparently was unsuccessful in opening a portal to the other side. I think we tried to contact Babe Ruth but he was apparently too busy whoring, drinking and eating an inordinate number of hotdogs in the afterlife to waste time talking to a group of hillbilly children.

What do you have on this one? Anything? And if you’re like me, and gots nothing, please share your earliest memory. My mother’s mind was blown by mine.

Some random notes before I call it a day here:

And I’m calling it a day, my friends. I’m off from work today, and am going out shortly for a Dairy Queen burger & fries, followed by calendar shopping. Oh, I take that shit seriously. I need three of them, and they have to be the RIGHT ones. Not just some boring collection of sunrise photos, or whatever. I have to pencil in several hours for this project, and today’s the day. I always wait until right after January 1, ’cause the selection is still pretty good and the prices have been slashed. I know what I’m doing…