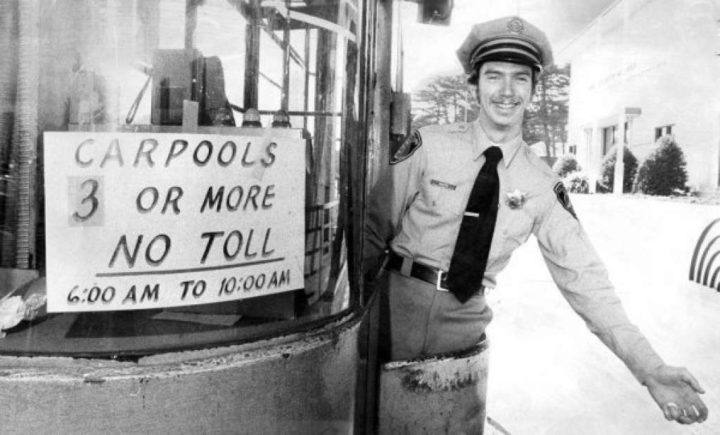 I’m going to do another guerilla-strike visit to my parents’ house in West Virginia this weekend. I’m leaving on Sunday, returning on Tuesday. I need to visit them on a regular basis, and don’t have a great track record with it. It’s in the top five Things I Feel Guilty About. The list is long, mind you, hundreds and hundreds of entries long. But that one is in the top five.

I know it’s just an excuse, and where there’s a will there’s a way, etc. But one of the main reasons I don’t go more often is that it’s at least an eight hour drive. That’s best-case, without two or three Chick-fil-A stops, or whatever. So, it’s a considerable excursion. Hell, if you drove eight hours from London you’d probably be in Luxembourg. I don’t really know what point I’m trying to make here, but thought I’d throw that in.

I need to get an oil change before I leave, and called a couple of places to see if they could fit me in tomorrow or Saturday morning. No dice. They’re all booked up. What the? Am I on some kind of list? Are there homemade signs hanging above phones all over the valley that say, “If this number pop’s up DO NOT engage! Extract yourself from the conversation ASAP!!” That’s what it feels like, anyway. And notice how I put an errant apostrophe in there, for authenticity’s sake? Good stuff. Of course they would never use the words ‘engage’ or ‘extract,’ but whatever.

Also, there’s this… I called Monro Muffler a few minutes ago, and the guy answered, “It’s another wonderful day at Monro! How may I help you?” Seriously? I’m extremely skeptical about that statement. I’ve been in that place, and don’t believe there’s anything ‘wonderful’ going on there. I imagine there are a handful of people sitting around on metal chairs, breathing in the aroma of new tires and swamp ass, and flipping mindlessly through copies of Sports Illustrated from the fourth-quarter of 2014. Every one of them thinking: “I bet this guy is fucking me.”

I assume they’re required to answer like that? Have you ever worked a job where you were forced to answer a phone in a way that annoyed or embarrassed you? I can’t think of any particularly bad ones in my past. However, I went through a way-too-long phase when I worked at WEA where I was answering the phone, “Thank you for calling Peaches!” I was stuck on my previous job, and couldn’t transition into the new one. And it lasted for years. Not 100% of the time, but it would occasionally pop up. It was disturbing. It made me worry about early-onset dementia.

At my current place we’re supposed to recite some mantra when we answer the phone, and I’ve never done it, not once. I just say, “This is Jeff.” Nobody’s ever said anything to me about it, and we’re coming up on ten years now. In fact, there’s a guy who works for me who always answers in the proper way. And I say, “Well, aren’t you Mr. Fancy-Pants?” It’s become a tradition, of sorts.

A million years ago I dated a girl who worked at McDonald’s, and she was always complaining about the “stupid shit” they wanted her to say. Like “Welcome to McDonald’s. Would you like to try our new McDLT?” That was literally one of them, which will tell you how long ago it was.

I’ve been lucky enough to avoid most of that stuff. The only time I’ve felt totally ridiculous at work, because of some corporate requirement, was when they forced us to wear ties at Fas-Chek. Which was like putting a monocle on a dog turd. Also, when they made us wear uniforms at the Toll Bridge. Ha! I already took an inordinate amount of abuse in that place (flying quarters at my head, airborne Frostys) without making us masquerade as the world’s most out-of-shape and ineffective military unit. I don’t remember sporting a jaunty hat, but the uniform worn by my toll collector brother above is very similar to the one I had to wear. I was mortified, almost to the point of tears, on the first day they made us come to work in those stupid things.

What do you have on this one? Anything? Have any of your employers forced you to say or wear things that made you feel ridiculous? If so, please share. This website comes equipped with a comments feature, where you can leave your thoughts. How cool is that? It’s very modern.

I need to go to work now, where I’ll continue to be a phone answering anarchist.